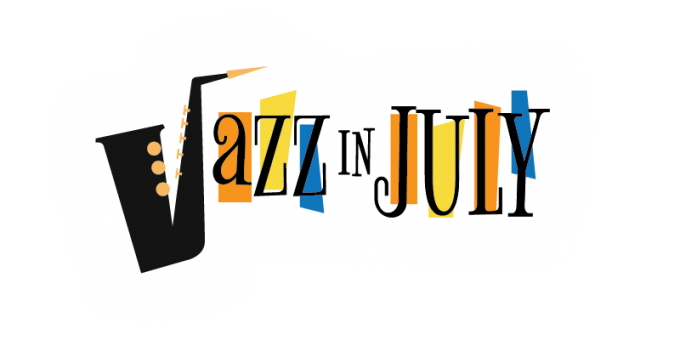 (BLOOMINGTON) – WFIU Public Radio and the Department of Jazz Studies at the Indiana University Jacobs School of Music will partner again this summer to co-host the Jazz in July concert series.

Four free, family-friendly concerts will be held every Friday in July at 7 p.m. in the Conrad Prebys Amphitheater on the Indiana University campus.

The concert series kicks off on Friday, July 5 at 7 p.m. with Jamaal Baptiste & Descarga 5, followed by the Amanda Gardier Quartet on July 12, Elena Escudero on July 19, and the Tucker Brothers on July 26. The concerts will be emceed by WFIU hosts David Brent Johnson, Mark Chilla, and William Morris.

Attendees may bring a chair, blanket, or food to the concerts. In the event of rain, the concerts will be moved indoors to Cramer Marching Hundred Hall on July 5 and 12 and Recital Hall on July 19 and 26.

For more information about Jazz in July, visit wfiu.org/jazzinjuly

Pianist Jamaal Baptiste grew up on the island of Aruba, a nexus for the music of the Americas and Europe.

Baptiste is comfortable performing in a wide range of musical settings, with experience in jazz, blues, R&B, gospel, Latin, Brazilian, and Caribbean music.

The group performs a myriad of music genres from the Caribbean and Brazilian folkloric music to contemporary trends in jazz and Latin jazz.

Saxophonist, recording artist, and composer Amanda Gardier has been described by NUVO as “a uniquely talented jazz composer and soloist.” With influences stemming from Miguel Zenon,

The Bad Plus, Walter Smith III, and Bjork, Gardier is an alto saxophonist who juxtaposes the calmness of lush harmonies and cyclical melodies with the intensity of complex rhythms and fiery improvisation.

Elena Escudero is a vocalist from West Lafayette, Indiana. She earned a B.M. in Jazz Studies from the Indiana University Jacobs School of Music in May 2019. She performs regularly in Bloomington and surrounding areas, both with IU-affiliated ensembles such as the Plummer Quintet, led by Walter Smith III, and independently run groups of the jazz, R&B, and fusion genres. She is currently studying with New York jazz singer Sachal Vasandani.

The Tucker Brothers were founded by brothers Joel and Nick Tucker in 2015 with the mission of creating thoughtful and positive instrumental music. Their album Writing Prompts was created with the mission of paying homage to the past jazz musicians hailing from Indianapolis. The compositions included in this recording often hint at a sound from the past, yet fully embrace the jazz culture of the present day.