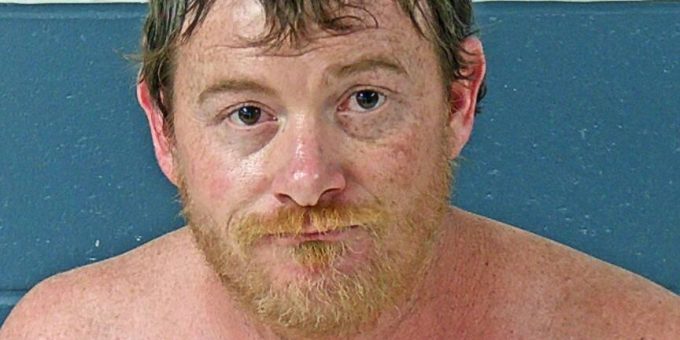 (FAYETTEVILLE) – A Bedford man was arrested on Thursday after he crashed his truck into a house on State Road 158 west of Bedford and then ran from the scene.

At 1:45 a.m. Thursday, Henderson was allegedly traveling east on State Road 158 in a black 2013 Chevrolet Silverado, when he drove through a yard in the 7400 block of State Road 158, then struck a tree. After hitting the tree, the truck then hit a concrete pad attached to the front porch of a home.

Homeowners Robert and Lori Mollet identified Henderson as the driver after viewing a photo lineup. The couple told police that Henderson was intoxicated.

The accident caused damage to the concrete pad, drywall and the front door frame of the home.