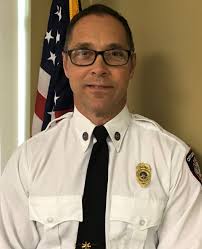 (BEDFORD) – At noon on Friday, June 7, the Bedford Fire Department will say goodbye to their current chief and welcome in a new one.

DeWayne Turpen will be sworn in by Bedford Mayor Shawna Girgis at the Bedford Fire Department Headquarters located on H Street in Bedford.

Turpen is replacing Jon Wagner, who is retiring after serving more than 40 years with the department. Wagner has served as the Fire Chief for the last nine years.

Turpen began his career at the Bedford Fire Department in 1988 where he started as a probationary firefighter in fire suppression and rescue. He was later promoted to Lieutenant and then Captain before he assumed the role as the local Fire Inspector. DeWayne has served on numerous boards and commissions, as well as serving as the acting chief during times when Chief Wagner is away from the fire station.