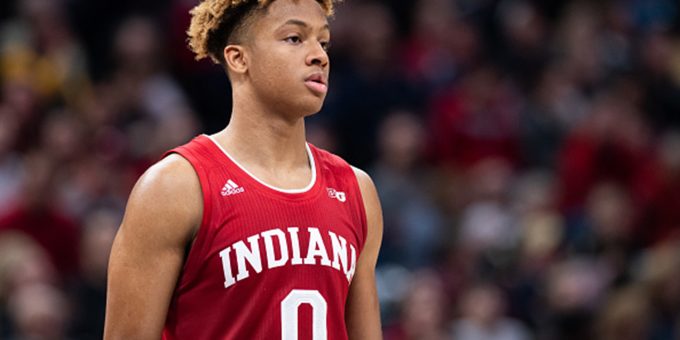 (BLOOMINGTON, IN) – Romeo Langford is officially one and done at Indiana University as he announced on Monday he will be staying in the NBA Draft.

“I believe now is the time to begin the next chapter of my life and keep my name in the 2019 NBA Draft,” he said on social media. “Playing in the NBA has always been a dream of mine and I’m excited for the opportunity to fulfill that dream.”

ESPN has Langford listed as the 14th best prospect in the draft pool.

Lanford scored the third-most points by an Indiana freshman with 528.

Teammates Devonte Green, Justin Smith and Al Durham have until 11:59 p.m. Eastern on Wednesday to withdraw from the NBA Draft and retain NCAA eligibility.