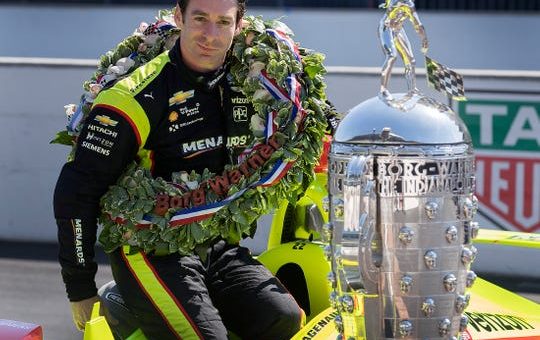 (INDIANAPOLIS, IN) – Indianapolis 500 winner Simon Pagenaud took home a cool $2.6 million from the over $13 million purse for his victory on Sunday.

Pagenaud led 116 of the 200 laps and outdueled Alexander Rossi down the stretch. Rossi took home $759,179 for coming in second while third-place finisher Takuma Sato earned $540,454.

Meanwhile, Chris Minot, the Rahal Letterman Lanigan crewmember who was injured after getting hit by a spare tire during a pit stop was discharged from IU Health Methodist Hospital on Monday after undergoing surgery on his leg. The incident happened when Jordan King lost control coming into the pits and made contact with one of the wheels that in the area and it crashed into a kneeling Minot.