(CHARLESTOWN) – Indiana State Police arrested a Clark County man on voter fraud charges after an investigation which began in mid-April. 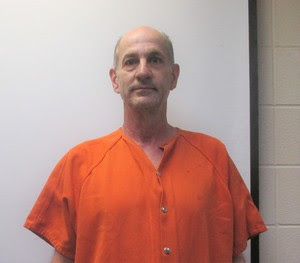 On April 17, Trooper Mike Davis was assigned to investigate a report of voter fraud. During the course of his investigation, Trooper Davis learned that in November of 2018, 60-year-old John David Croucher, of Charlestown, went to the Bureau of Motor Vehicles in Sellersburg, and changed his legal address to 835 Park Street in Charlestown which is the address of a coin-operated laundromat owned by Croucher.
While at the BMV, Croucher also registered to vote under the Park Street address which resides within the city limits of Charlestown. Croucher’s Bethany Road address does not lie within city limits and is therefore not eligible for voting in Charlestown municipal elections.
The investigation further revealed that on April 10th John Croucher went to the Clark County Courthouse and used his newly gained driver’s license to obtain an absentee ballot. John Croucher then participated in early voting in the Charlestown municipal election.
The investigation was handed over to the Clark County Prosecutor’s Office and a warrant was subsequently issued. Croucher was arrested without incident on felony charges of perjury, ineligible voter – voting or offering to vote and voting outside precinct residence. He is being held in the Clark County Jail.