(WASHINGTON, D.C.) – Tuesday, the U.S. House of Representatives passed the Senior Security Act by a vote of 392 to 20. The bipartisan bill, introduced by Congressmen Trey Hollingsworth (IN-09) and Josh Gottheimer (NJ-05), creates a Senior Investor Task Force at the Securities and Exchange Commission (SEC) to help stop financial predators from targeting seniors. The legislation will help strengthen protections and safeguards for seniors. 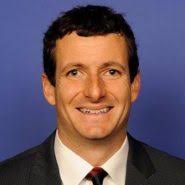 Rep. Trey Hollingsworth
“Our county’s senior citizens have spent years working and saving for retirement. As financial abuse of seniors has hit a record high, this legislation is an important step in fighting for our seniors and helping them protect their hard-earned, life-long savings,” said Rep. Trey Hollingsworth. 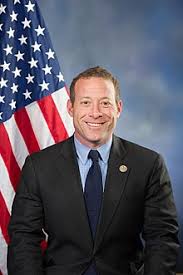 Rep. Josh Gottheimer
“Millions of seniors across the country, including my own mother, have been the victims of financial scams and they have been cheated out of their rightful retirement,” said Rep. Josh Gottheimer. “This bipartisan legislation takes senior fraud and scams head on and will help the Security Exchange Commission and federal prosecutors crack down on these senior-preying crooks like never before.”
Hollingsworth and Gottheimer have both cited multiple incidents of seniors in their districts who fell victim to scams and they are both strongly committed to helping seniors save their hard-earned money for retirement.
Read the full text of the legislation, here.
Background
According to the Treasury Department, U.S. banks reported a record 24,454 suspected cases of elder financial abuse last year, more than double the amount five years earlier.
A report from the Senate Special Committee on Aging released this year stated older Americans lose approximately $3 billion each year to financial scams and abuse. A separate survey from the Investor Protection Trust found that approximately 7 million Americans have reported being victims of exploitation, but only 1 in every 24 cases of elder exploitation actually gets reported.
The Senior Security Act creates a task force at the SEC – the Senior Investor Task Force – composed of staff from the Division of Enforcement, Office of Compliance, Inspections and Examinations, and Office of Investor Education and Advocacy, to examine and identify challenges facing senior investors, identify areas in which senior investors would benefit from changes at the Commission, and consult state-level authorities and regulators, as well as other federal agencies.
Every two years, in consultation with other SEC offices, state securities and law enforcement authorities, state insurance regulators, and federal agencies, the task force will report its findings to Congress and recommend any regulatory or statutory changes. Within two years of enactment, the U.S. Government Accountability Office will study and report on the economic costs and frequency of the financial exploitation of senior citizens.