(GREENWOOD) – Prosecutors say a suburban Indianapolis couple who vacated their home during divorce proceedings left their dog behind to starve to death. 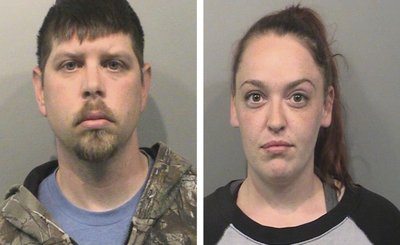 The emaciated dog, named Chuck, was found dead in January in the couple’s Johnson County trailer home. A necropsy determined he starved to death.
The Indianapolis Star reports 31-year-old Michael S. Setser of Greenwood faces a misdemeanor charge of abandonment or neglect of a vertebrate animal. Twenty-eight-year-old Amanda Setser of Franklin faces a misdemeanor animal cruelty charge.
Prosecutors say the pair “failed to take Chuck with them or provide him with food and water” when they moved out of their home in January. Both were arrested and released from the jail after posting bond.
Online court documents don’t list attorneys who could speak on the estranged couple’s behalf.
Information from: The Indianapolis Star, http://www.indystar.com