(GARY, LAKE CO.) – A vehicle crash claimed the life of the driver early this morning on east bound I-80/94 just east of Cline Avenue.

Preliminary investigation by Trooper Clay McBride revealed at approximately 3:35 a.m., this morning a 2011 Buick was east bound on I-80/94 just east of Cline Avenue when for unknown reasons the Buick went off the roadway.
The car hit the sound barrier wall on the south side for approximately 100 yards before hitting the Burr Street exit sign. This caused the front wheels of the car to come off and hit a light pole which then collapsed on top of the exit sign. Debris was also thrown up onto the I-80/94 roadway where another vehicle struck the debris. 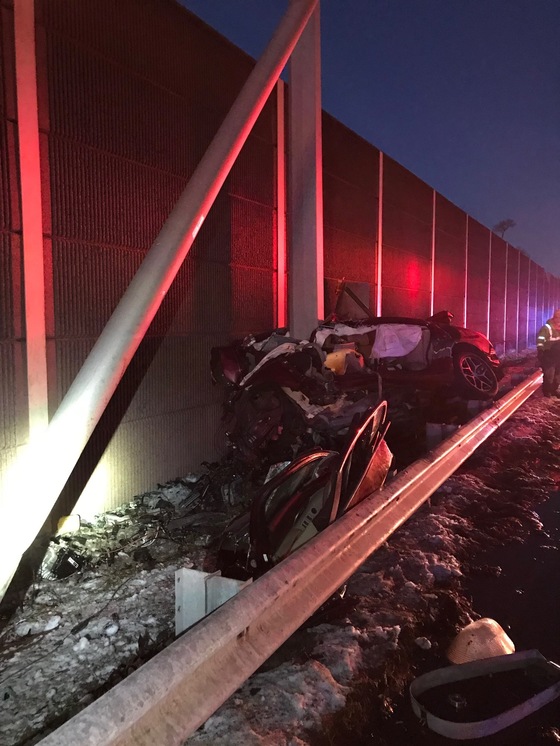 The driver of the Buick was pinned inside the car and had to be extricated. The driver’s injuries were too severe and they were pronounced dead at the scene by a deputy coroner with Lake County.
Name is being withheld pending notification of their family.
Speed was a factor in this crash and alcohol maybe a factor pending toxicology results.
Assisting: Lake County Coroner’s Office, Indiana Department of Transportation, Gary Fire Department, Troopers Kurt Jones, Kenneth Payonk, and Dennis Griffin