(INDIANAPOLIS) – A group of resource management professionals has teamed up with other advocates in support of Indiana’s state parks and state-owned nature preserves. The Indiana Resource Managers Association, Inc. (IRMA) has ceased operations and transferred its assets to the Indiana Parks Alliance (IPA).

Ron Hellmich is a longtime board member and president of IRMA. He told the IPA board of directors that IRMA had determined that IPA was advocating effectively for stewardship of Indiana’s natural resources, working to protect ash trees and providing mini-grants for DNR staff and similar purposes. Illustrating the synergy between the two organizations, Hellmich noted that Tom Burkhart, founding member and first president of IRMA, now serves on the IPA board. 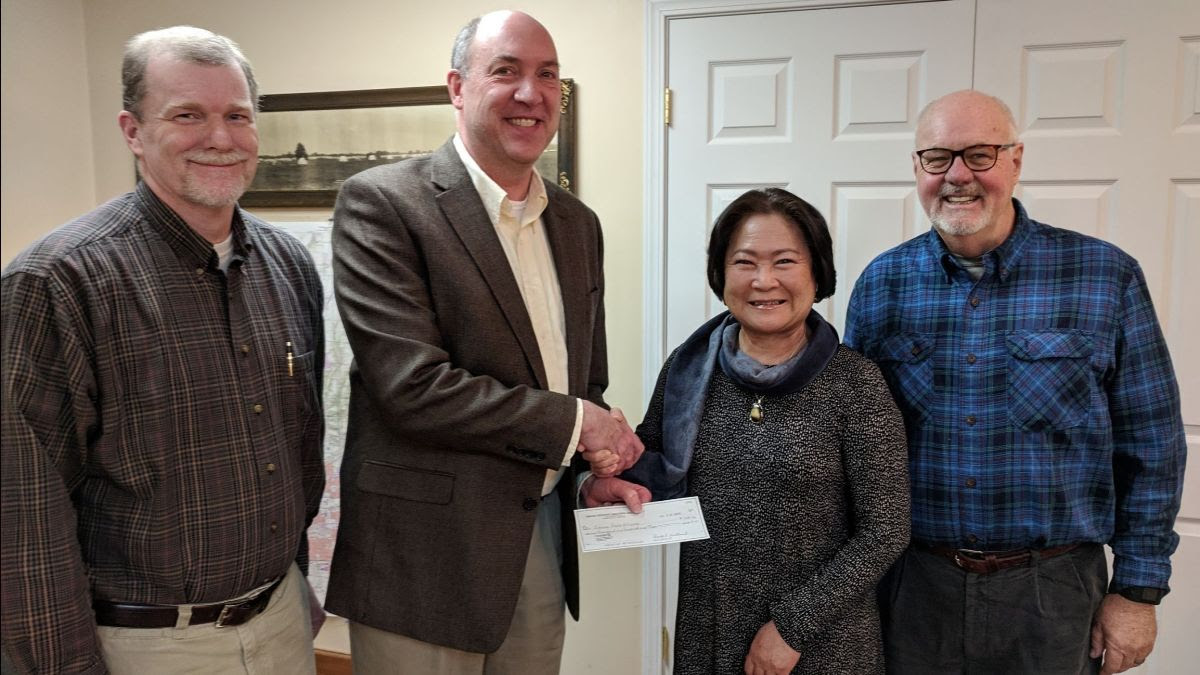 Vernon Gillum and Ron Hellmich of the Indiana Resource Managers Association express the organization’s support to IPA treasurer Sonok Deutscher and secretary John Goss. (IPA photo)
“The two organizations were pulling in the same direction,” said Hellmich, who now has joined IPA. “The resource management professionals of IRMA remain deeply committed to the cause and appreciate IPA’s success in raising awareness, funding needed work and advocating for stewardship of Indiana’s natural resources.” Some of the transferred assets will fund IPA memberships for IRMA members, while the bulk will help fund IPA’s Save Our Ash Trees project.
IPA President Tom Hohman said, “IRMA members are talented professionals dedicated to preserving and conserving Indiana’s abundant natural resources. We appreciate their work as DNR professionals and their endorsement of our efforts. IPA is grateful for their faith in our advocacy, and we invite them to continue advancing the cause as members of the Indiana Parks Alliance.”
About the Indiana Parks Alliance
The Indiana Parks Alliance is a charitable organization that supports Indiana State Parks and state-owned Nature Preserves, the resources they steward, and the people they serve through education, advocacy, promotion, fundraising and assistance for local friends groups.