(PRINCETON) – A southern Indiana police officer is looking at official misconduct charges after investigators say he allowed a drug suspect to toss a bag full of heroin out of his police cruiser. 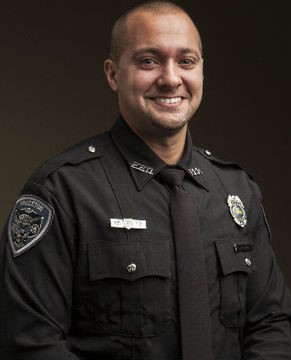 Prosecutors charged Princeton Police Officer Brandt George Monday.
The DEA was investigating drug trafficking between Evansville and Chicago in the early morning hours of February 6 and was asked for the Princeton Police Department’s help in stopping a vehicle driven by Jaylen Curlee, with passenger Chevadas McKinney. They believed the duo was transporting illegal drugs.
The vehicle was stopped on US Highway 41 in Gibson County.
Curlee and McKinney were patted down for weapons and questioned about drug activity. A dog was used to detect narcotics.
According to the affidavit, officers’ body cams were used at the scene along US 41 that showed McKinney was wearing sweatpants with a bulge, which they believed to be concealed drugs.
George transported McKinney, while another officer took Curlee to the Princeton Police Department.
According to George, he switched McKinney’s handcuffs from the back to the front because he said McKinney complained about shoulder pain.
Court records show that George removed his body cam while searching for drugs, but didn’t reactivate it.
On the way to the jail, George says McKinney threatened him and his family if he didn’t allow him to throw the drugs out of the car. He allegedly told George he had 77 grams of heroin in his pants.
Authorities say George let McKinney throw the heroin out of the cruiser near Maidlow’s liquor store.
The affidavit says after several minutes George told another officer that he had allowed McKinney to do this.