(SCOTTSBURG) – A Freedom man who authorities said started a police chase that led to the death of 33-year-old Charlestown Police Officer Benton Bertram is awaiting sentencing after pleading guilty in the case. 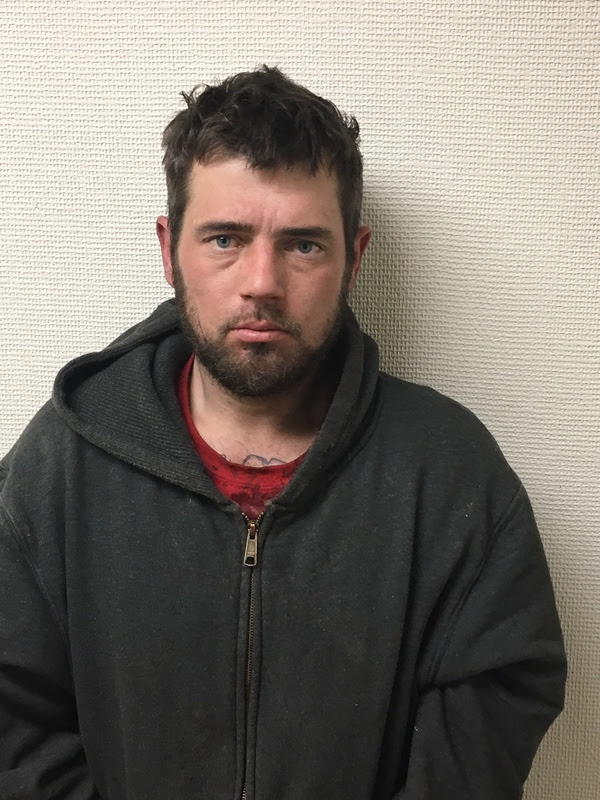 Court records indicate 35-year-old Benjamin Eads pleaded guilty in mid-February in a Scott County courtroom to charges of auto theft and resisting law enforcement, which led to a death. His plea agreement says he’s expected to get 35 years in prison and a year in jail.
On Wednesday, December 12, at approximately 10:20 p.m., Clark County Central Dispatch notified the Indiana State Police in Sellersburg of a pursuit involving a vehicle and the Charlestown City Police Department in Clark County. 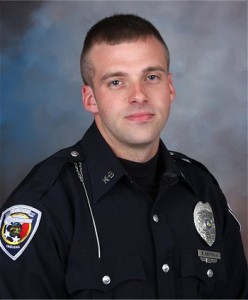 This pursuit continued into Scott County and resulted in a crash, claiming the life of Officer Benton Bertram. Officer Bertram also served as the department’s K-9 officer. He was a nine-year veteran of the Charlestown Police Department.
According to police, the pursuit began near Charlestown, when Officer Bertram attempted to stop a teal colored 1998 Toyota Corolla for a traffic violation. The driver 35-year-old Benjamin Eads, of Freedom, fled driving north on State Road 3 and continued into Scott County.
The pursuit continued north on State Road 3 and approached the east intersection of State Road 3 and State Road 56 east of Scottsburg.
At that time, Officer Bertram’s vehicle crossed over State Road 56 and left the roadway, striking a tree in the front yard of a nearby residence.
Other responding units remained at the scene of the crash and rendered aid to Officer Bertram. Officer Bertram succumbed to his injuries and was pronounced dead at the scene of the crash by the Scott County Coroner’s Office.
The vehicle and Eads, of 3711 Lanes Road, Freedom, was later located and apprehended in Clark County.
At this time, the crash and pursuit are still under investigation. Indiana State Police crash reconstructionist and detectives remained on scene until early morning hours. State Road 56 remained closed until approximately 4:30 a.m.
Eads is facing preliminary felony charges of resisting arrest causing death, in Scott County and in Clark County, resisting law enforcement and auto theft.
He is being held in the Scott County Jail without bond.