(UNDATED) – There are plenty of reasons for parents to be leery about what their kids can find on social media. 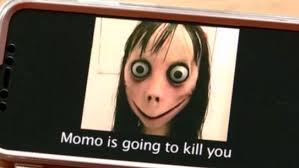