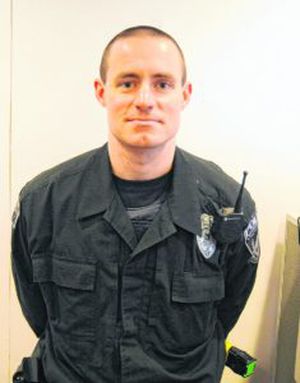 His first day on the job was Feb. 15.
With 30-year-old Behmlander the department now has seven full-time officers and one part-timer.
The Seymour Tribune reports, Behmlander was born in a suburb of Detroit, Michigan, and lived there until he was in junior high and his father became principal at Immanuel Lutheran School in Seymour. He graduated from Trinity Lutheran High School in 2007 and earned a bachelor’s degree in criminal justice from Concordia University Ann Arbor in 2011.
His first law enforcement job was as a corrections officer at the Edinburgh Correctional Facility. He was there from 2011 to 2015. In late 2015, he earned a position with the Columbus Police Department. He graduated from the Indiana Law Enforcement Academy in Plainfield in February 2016. He then was hired on the Nashville Police Department in April 2018.
Behmlander and his wife Erica and two sons Bradley, 4, and Elijah, 2 live in Seymour.