(GARY) – Authorities say an 82-year-old church bus driver is charged with driving while intoxicated after five people were injured when a bus returning from a Chicago Bulls game went off the road in northwestern Indiana. 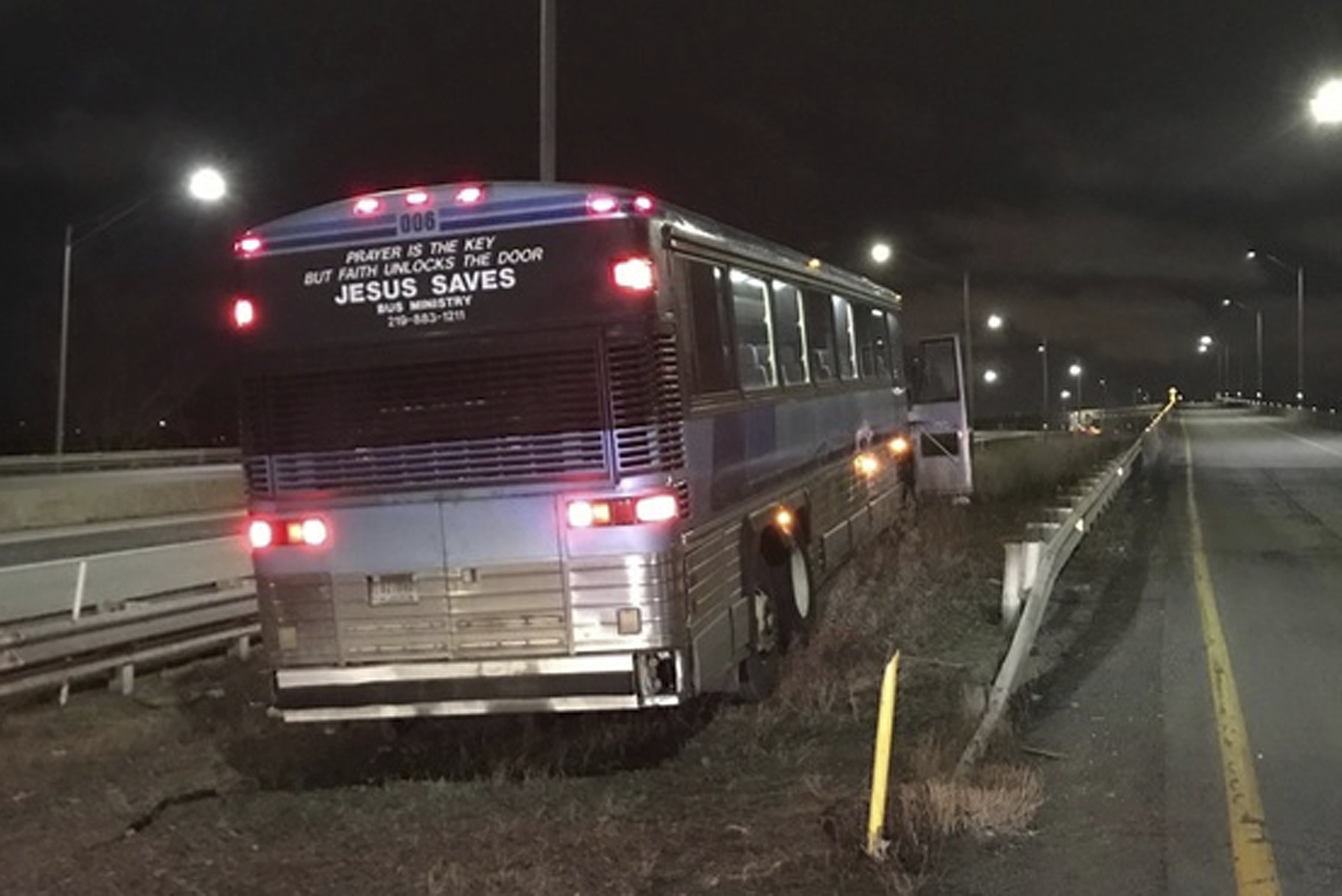 Indiana State Police say the bus carrying nearly 50 people went onto an embankment late Monday along the Indiana Toll Road and passengers were tossed from seats. Police say a 49-year-old man and four children ages 10-14 were taken to hospitals for injuries including head and neck pain.
Police say driver Wilton B. Carr of Gary was arrested. A state police spokeswoman said she didn’t have information on whether he has a lawyer.
Police say the bus is owned by Gary’s Jesus Saves Missionary Baptist Church and was returning to Gary from the United Center.