(INDIANAPOLIS) – The Federal Bureau of Investigation is offering a $25,000 reward for the capture of an alleged cartel member with ties to Indiana. 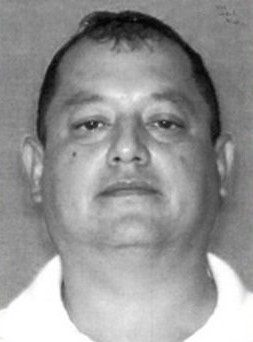 46-year-old Juan Alberto Mendez faces federal charges for racketeering, murder, kidnapping, and drug dealing in Texas and Indiana. The FBI says he’s a known member of the Gulf Cartel and he’s wanted for his involvement in cartel activity between 2015 and 2018.
A warrant for his arrest was issued in Texas on May 11, 2018. He still has an outstanding warrant from Fort Wayne issued on Sept. 23, 2015. The Indiana warrant is for conspiracy to distribute and possess heroin, cocaine, and marijuana.
The FBI says Mendez is known to abuse drugs and should be considered armed and dangerous. They also say Mendez is a flight risk, and believe he may already be out of the country and possibly residing in Reynosa, Mexico.
He goes by several aliases, including “A1,” “Nick Mendez,” and “Nick America-S-Rolling-Freight.” The FBI describes him as 5’7″-5’8″ tall, 189-250 pounds with brown hair and eyes. He has a scar on his abdomen, chin, head, right knee, and right forearm. He has a mole on his right cheek.
Anyone with information about Mendez’s whereabouts is asked to call the FBI at 260-426-5331.