(UNDATED) – Police have arrested a man accused of multiple business robberies including one in Bloomington. 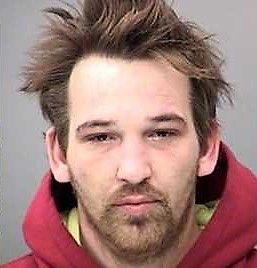 Police arrested Curtis White Jr. of Indianapolis in connection to 10 robberies including one at the Dollar General Store in Bloomington.
Bloomington Police say that on Saturday, Feb. 9, White threatened a cashier with a knife and stole $236 and merchandise from the store on the city’s west side.
The cashier told police a white man entered the store, spent some time shopping and brought the items to the front of the store to check out.
While the cashier was ringing up the items, police say White pulled out a knife, ordered the cashier to empty the register and place the money into his bags and fled the store.
Police say he stole around $40 in merchandise including dryer sheets, dog treats, toothpaste, hand sanitizer, air fresheners, t-shirts, and plastic cutlery.
White was arrested on Tuesday, Feb. 19.
Police say he was also involved in these robberies: