(UNDATED) – Indiana could be the next state to ban drivers from actually holding their phones while behind the wheel. 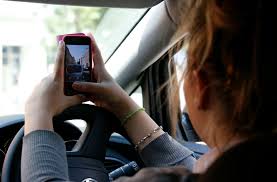 Rep. Jim Pressel (R-Rolling Prairie) wants a hands free cell phone law. He says his plan would clarify any questions about Indiana’s no texting law. Pressel’s plan would allow police to ticket anyone who is holding their phone, even if they are using a speakerphone while driving.
Any driver caught in violation would be ticketed for a class C infraction, punishable with a fine up to $500.
The bill would also allow certain government entities to hire third-party companies to use video cameras to enforce speed limits in construction zones or catch drivers ignoring school bus stop arms regulations.
It’s awaiting a vote in the House Roads and Transportation Committee.