(DAVIESS CO.) – A Daviess County woman was arrested after police say she injured a six-month-old baby boy she was watching. 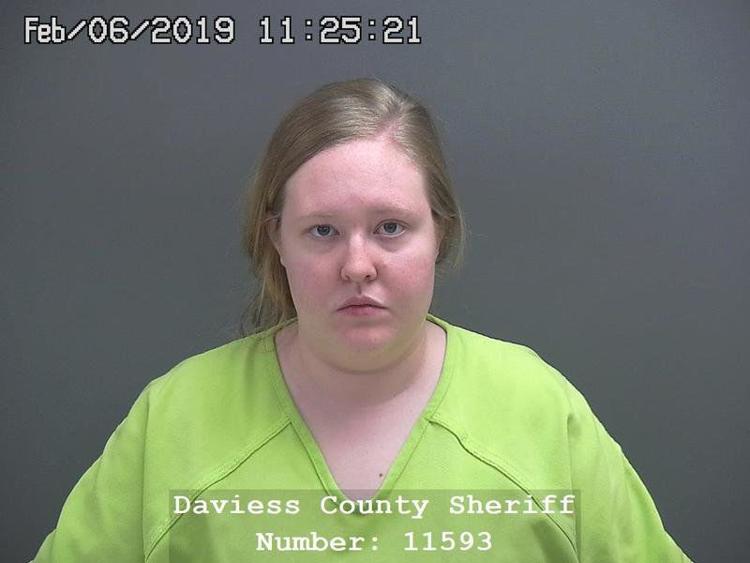 Police arrested Kaylyn Jones, on two counts of aggravated battery, battery resulting in serious bodily injury, and neglect of a dependent resulting in serious bodily injury. She is being held in the Daviess County Jail on $25,000 bond. So far, no date has been set for her court appearance.
According to court documents, Jones had been babysitting a six-month-old baby boy for about five weeks. Jones watched the boy while his mother, who lives in Bloomfield, was working at Perdue.
In mid-January, the boy’s mother picked him up and noticed bruising on his forehead and he whimpered when she touched his arm. She took the baby to the Greene County Hospital for treatment. The baby was then sent to Riley Children’s Hospital after suffering a skull fracture, a broken arm, and other injuries.
Medical professionals say the injuries were consistent with inflicted trauma.
The mother told police the baby had no injuries when she had dropped him off with Jones.
The next day, Jones denied harming the child, but later said she had left the baby alone to prepare a bottle and he rolled off the couch onto the floor. She told police she became annoyed and grabbed the baby by the upper left arm and threw him onto the couch with considerable force.
Jones also told detectives she sometimes blacks out and drops the child on a concrete floor. She also told police she was under a lot of pressure and gets easily annoyed and will punch and kick things.