(BEDFORD) – Two people have been arrested in connection to the shooting in the Dive Christian Church parking lot on Tuesday morning. 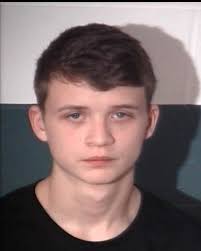 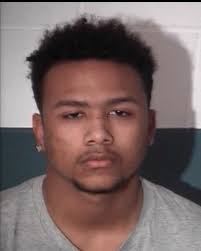 Cadarrius Hoskins
Lawrence County Police arrested 18-year-old Jagger Casper of Bedford on charges of aggravated battery with a firearm and 20-year-old Cadarrius Hoskins of Bloomington on a charge of assisting a criminal. Both men are being held in the Lawrence County Jail. Hoskin is also wanted on a warrant in Monroe County.
The incident happened in the parking lot of the church, located at 892 Peerless Road, at 6:38 a.m.
According to Sheriff Mike Branham, Central Dispatch received a call from Bedford Police Department reporting they had received a call from IU Health Bedford personnel that a male was in their emergency room being treated after suffering a gunshot wound.
Sheriff Branham says 18-year-old Dakotha Ferree of Bedford was treated for non-life threatening injuries.
“During the course of the investigation and through neighborhood canvassing, the victim and witnesses provided vital information about the vehicle involved and the suspect,” Sheriff Branham added. “Indiana State Police, upon hearing of our investigation, contacted our investigators to relay information that they had on the subjects involved. Working closely with troopers from the Indiana State Police District 33, our investigators were able to establish that probable cause existed for the arrests Casper and Hoskin.”
The investigation is continuing and additional charges may be forthcoming.
As with any pending case, if the public has any information that may be helpful, particularly anyone passing through the area of Dive Christian Church during the early morning hours of February 5th, they are asked to contact the Sheriff’s Office at 812-275-3316 or leave the information on their Tip Line at 812-277-2020.
Tips may remain anonymous.