(EDINBURGH) – Police say the suspect in a bank robbery Monday fled the area and then set his car on fire.

The robbery happened just before 2:30 p.m. at the Centra Credit Union located at 1170 N. US 31.
The man got away with an undisclosed amount of money. 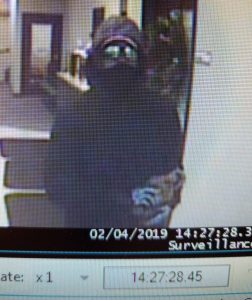 Police described the suspect as 5’6″ tall and 180 pounds. He was wearing dark pants, a gray hoodie, a black jacket, and a black baseball hat. He had a scarf covering his face and he was wearing sunglasses. 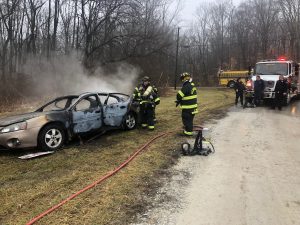 He left the scene in a gold-colored car, which was later found fully engulfed in flames on Tannehill Road.
No injuries were reported and police say there was no sign of the suspect being armed.
Anyone with additional information is asked to call Bartholomew County Sheriff’s Office Capt. Christopher Roberts at 812-379-1650 or call 911.