“The report gives us information to compare to calls received in 2016 and 2017,” she added. “It will allow us to see what runs are tieing up resources and what areas we need to work on to better serve the community.”
Luchauer was surprised to learn that more than 900 calls were made requesting lift assist. Last year there were 750 calls.
“Once a lift assist call is received an officer, an ambulance and a first responder is dispatched to the scene. Sometimes we are paging three volunteer fire departments to find someone to respond or no one at all goes,” she said. “The problem is we may be tying up our only ambulance that may be needed on a true emergency call.”
Luchauer says she has compassion for those making the calls.
“They (the elderly) want to stay in their homes and have a right to do that,” she added. “There is no good answer. This is just a fact of life. This could be you or me or one of our loved ones calling. So I understand.”
Commissioner Rodney Fish asked about dialing 911 and sometimes not getting the Lawrence County Sheriff’s Department.
Luchauer explained that when a 911 call is made the signal bounces off the nearest cell tower, which then directs the call to a police department.
“The call goes to the tower with the strongest signal,” she added. “For example, depending on where you are calling on John Williams Boulevard the call could go to either the Bedford Police Department or the Sheriff’s Department depending on what side of the tower the signal bounces.”
The same is true if a 911 call is made on State Road 446. Depending on where the call is made on State Road 446 the call could be directed to the Lawrence County Sheriff’s Department, the Indiana State Police Post, Jackson County or Monroe County Sheriff’s Departments.
Luchauer says no matter which department receives the 911 call that department will dispatch the needed emergency crews to the scene.
“If the call comes into the Sheriff’s Department it will not be transferred. The needed resources will be dispatched to those in need. Ten seconds can feel like 20 minutes while waiting for help”. 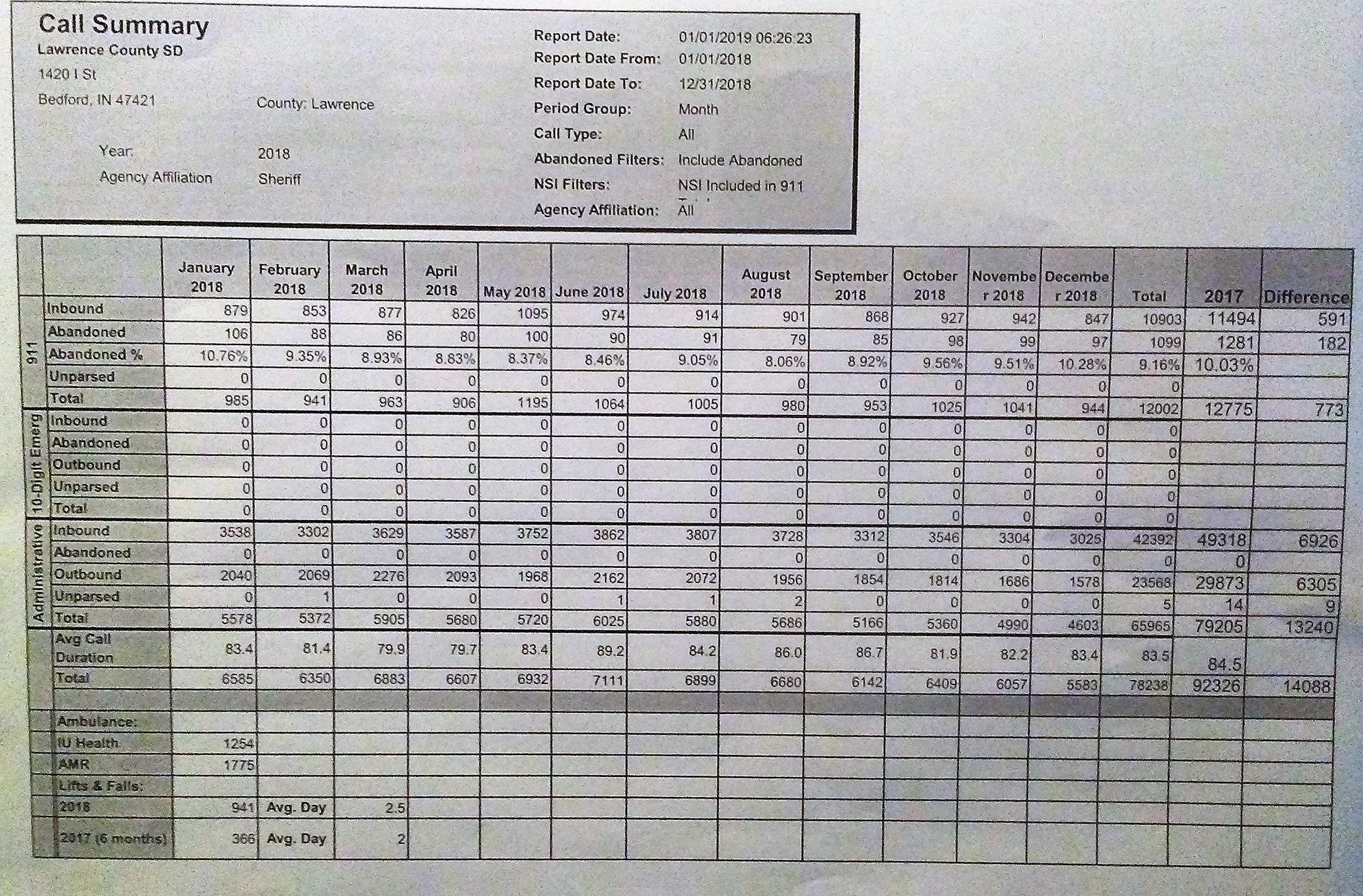