The investigation began at approximately 9:30 a.m. Tuesday in the southbound lanes on the Interstate near the 40-mile marker. 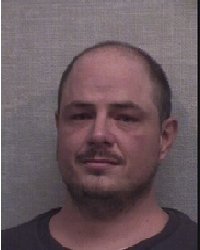 A Trooper initiated a traffic stop and spoke to the driver 38-year-old John J. Bates, of Seymour. Authorities say that Bates initially gave false information about his identity. After his true identity was realized, Bates was found to be wanted on Jennings County on warrants for Battery and Criminal Mischief.
Bates was arrested on the warrants and is facing new charges of Identity Theft, False Informing and Driving While Suspended/Prior.