(CAMPBELLSBURG) – A Campbellsburg man was arrested Friday after he threatened to shoot the city’s water and sewer superintendent. 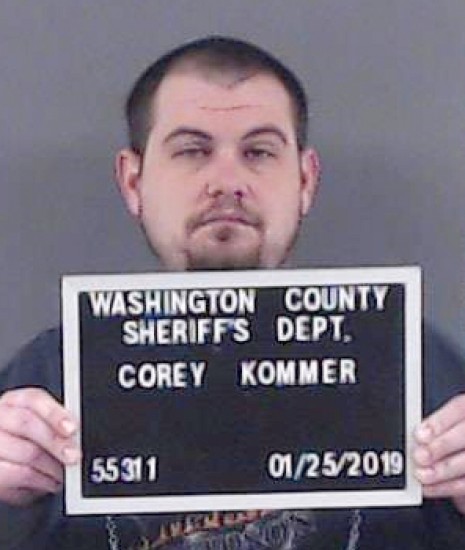 According to Campbellsburg Marshall Claude Combs, 29-year-old Corey Kommer was arrested on charges of intimidation with a deadly weapon after he had threatened to shoot Christopher Boulet, the Water and Sewer Superintendent.
Boulet told police he went to Kommer’s home on East Brown Street to disconnect the water service after Kommer failed to pay his bills.
He said he was in the City of Campbellsburg truck and had laid on the ground by the meter pit to turn off the water and put a lock on it when Komer came out of the home yelling at him.
Kommer was cursing and told Boulet to get off his property or he would get his gun and shoot him. He kept screaming he had the money to pay his bill and he would come to the office and drive his car through the front door. Boulet told police he didn’t reply to Kommer.
By the time he arrived at the Campbellsburg Town Hall, Kommer was there, speaking with Marshall Combs.
Kommer was arrested on charges of intimidation with a deadly weapon.