(GREENE CO.) – A Bloomington man is behind bars after an alleged relationship with a 14-year-old girl. 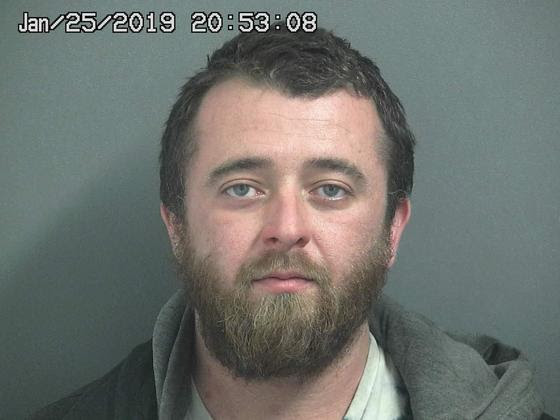 Late last week, Indiana State Trooper Robert Whyte was contacted by administrators at a Greene County School in regards to a parent that wanted to report a possible sexual relationship between their 14-year-old daughter and a 29-year-old man.
The Indiana Department of Child Services was contacted and the female was interviewed at Susie’s Place.
During the forensic interview, the juvenile said she had recently been upset and depressed and sought counsel from a family friend, Anthony Epeards, of Bloomington, about her feelings. She alleged she would visit with Epeards and the conversations eventually turned to Epeards asking her about sex.
She told investigators there were two instances from Christmas 2018 to January 14, 2019, where the two allegedly had sexual intercourse. She then alleged that Epeards told her not to tell anybody about their relationship.
Trooper Whyte immediately went to the Greene County Prosecutor’s Office and requested multiple arrest warrants for Epeards. Troopers Crozier and Wagner went to an apartment complex in Bloomington where troopers were informed Epeards stayed. He was located and arrested without incident.
Epeards was transported to the Greene County Jail where he was incarcerated on two Level 4 felony counts of sexual misconduct with a minor and one Level 5 felony count of child solicitation.