(UNDATED) – A recent survey conducted by Remington Research Group found that nearly half of Americans are uninterested in the upcoming Super Bowl LIII matchup between the Los Angeles Rams and the New England Patriots. The poll surveyed 2,321 registered voters nationwide. 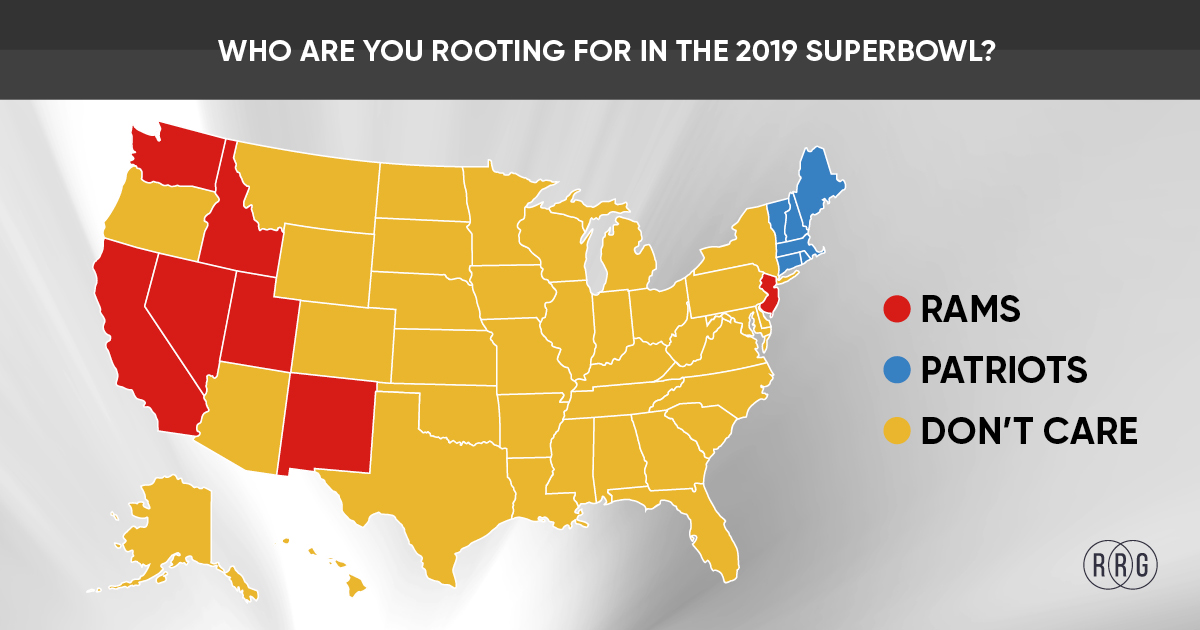 Image provided by Remington Research Group
Of those planning to watch Super Bowl LIII, the majority (63 percent) are most looking forward to the game, while 18% are most looking forward to the commercials. The remainder of those planning to watch is most looking forward to either the halftime show or the party they’re attending.
Americans have a -3 percent net unfavorable rating of the NFL. Republicans have a net -18 percent unfavorable opinion of the NFL, while Democrats have a net +12 percent favorable opinion.
When asked whether or not players should stand and be respectful during the national anthem, 65 percent of Americans said yes, while only 23 percent said no. Republicans said by a margin of +89 percent that players should stand, while Democrats were split.
Thirty-six percent of Americans believe NFL officials make calls to unfairly help certain teams, while 34 percent believe officials are fair and 30 percent are not sure.
Among those planning to watch the Super Bowl, 31 percent say they are likely to break their New Year’s resolutions on Super Bowl Sunday. 31 percent say they are unlikely to break their resolutions, and 37% say they did not make a resolution.