(BRAZIL) – A teacher’s aide was arrested after police says she sent lewd photos of herself to a 17-year-old student. 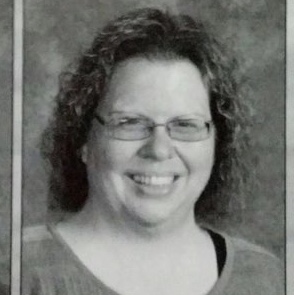 The Clay County Prosecutor’s Office confirmed late Monday they plan to file charges of “dissemination of matter harmful to minors” against Molly Lumsdon.
According to a police report, the investigation started last September when students reported Lumsdon had sent a male student, photos of her bare chest.
Lumsdon, an instructional assistant for special services, told police the student told her he was 18 and they had shown each other pictures of themselves.
The student told police Lumsdon said not to tell anyone about the exchange of photos.
Police searched both Lumsdom’s and the teen’s phones and found several lewd photos, but no messages were exchanged.
The school released the following statement –
“On September 17, 2018, the Northview High School (NHS) Administration was informed that Molly Lumsdon, a NHS instructional assistant, had sent inappropriate pictures to a NHS student. The administration immediately contacted the Department of Child Services and the Clay County Sheriff’s Department. Mrs. Lumsdon was escorted from the school building and informed that she was placed on administrative leave, pending an investigation. After an internal investigation was conducted by the CCS Administration, Mrs. Lumsdon was terminated from her employment with Clay Community Schools on September 19, 2018.” – Jeffery D. Fritz, CCS Superintendent