(NASHVILLE) – A woman from Tennessee and two juveniles are facing charges after they allegedly intimidated a female who reported she had been battered. 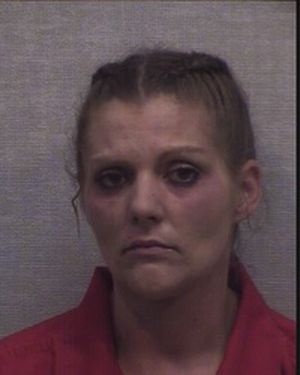 Police arrested 33-year-old Amanda Elswick on Saturday after police say she sent threatening videos and messages to a female who had been battered by Elswick’s daughter and another male juvenile in September 2018.
The female and male juvenile were also in the videos making the threats.
Jackson County Police say videos and messages said if the female continued to move forward with the allegations she would be beaten again and showed what tools they would use to batter her.
After reviewing the messages and videos, Elswick and the two juveniles were located and arrested
Elswick was arrested on a Level 6 felony charge of intimidating a witness, two Level 6 felony charges of neglect of a dependent and harassment, a Class B misdemeanor. She is being held without bond in the Jackson County Jail.
The female and male juveniles both were arrested on Level 6 felony charges of intimidation, while the female also was arrested for being a runaway out of Tennessee.
The juveniles are being held in a juvenile detention center.