Erwin Leon Cody – Mitchell
January 23, 2019 – April 12, 1944
Erwin Leon Cody, 74, of Mitchell, passed away Wednesday, January 23, 2019, at Mitchell Manor Nursing Home.
Born April 12, 1944, in Tazewell, Tennessee, he was the son of Andrew Schultz and Versie Ada (Yeary) Cody.
Leon had been employed at Fitch Chevrolet, Pearcy Chevrolet and retired from Bedford Ford. He enjoyed spending time with family and friends.
Leon was a U. S. Army veteran of the Vietnam War and a member of American Legion Post No. 250.
Survivors include his daughters, Cynthia Renee (Kent) Gillespie of Orleans, Susan Elaine Cody of Mitchell; grandchildren, Terry Ross, Andrew Ross, Keegan Gillespie, Tiffany Wigley, Jade Wigley, Corey Cody, Melissa Cody, Michelle Brock; 8 great-grandchildren; brother, Kenneth Steve (Rosetta) Cody of Orleans, niece, Sarah Cody of Orleans
His parents preceded him in death.
Funeral service will be at 1:30 p.m. Sunday, January 27, in the Memorial Chapel of Chastain Funeral Home & Cremation Center with Morris “Butch” Chastain and Brian Bolton, officiating. Burial will be in Mitchell Cemetery with military honors accorded by American Legion Post No. 250 and Veterans of Foreign Wars Post No. 9107. The family will receive friends from 3 p.m. until 6 p.m. on Saturday and from 12:30 p.m. until the service on Sunday at the funeral home.
Condolences may be sent to the family at www.chastainfuneralhome.com
Jimmie Ray Sergent – Shoals
July 26, 1949 – January 24, 2019
Jimmie Ray Sergent, 69, of Shoals, passed away at his residence on Thursday, January 24, 2019.
He was born July 26, 1949, in Thornton, Kentucky to Morris Hugh and Mattie Jane (Lucas) Sergent. He married Brenda Ellen Lilly and she survives.
Jimmie graduated from Job Corp as an Auto Mechanic and was a retired Diesel Mechanic with Jefferson Trucking. He was a member of the St John Lutheran Church in Loogootee, the Shoals American Legion Post 61, the Shoals V.F.W. and the Shoals Fraternal Order of Eagles.
Surviving are his wife; seven children, Gary, Mark, Cindyray, Harry, Amber, Matthew and Destiny; three grandchildren, Zachary, Jobe and Sophia; two great-grandchildren, Railynn and Jaxen; brothers, Claude, Jay, Rick, Jesse and Randall Sergent; sisters, Glenda Spaulding, Rita Lawrence and Freda Underhill. One hundred ninety-eight nieces and nephews also survive.
He is preceded in death by his parents; one daughter, Stacey Fry; brothers, Phillip Sergent and Vernon Sergent; and sisters, Brenda Porter and Linda Hall.
Funeral services will be 11 a.m. Monday at the Queen-Lee Chapel in Shoals with Pastor Tim Fleace officiating. Burial will be in the Spring Hill Cemetery. Visitation will be 1 p.m. until 5 p.m. on Sunday at the funeral home.
The Queen-Lee Chapel of the Thorne-George Family Funeral Homes is in charge of the arrangements.
Kay Denniston – Bedford 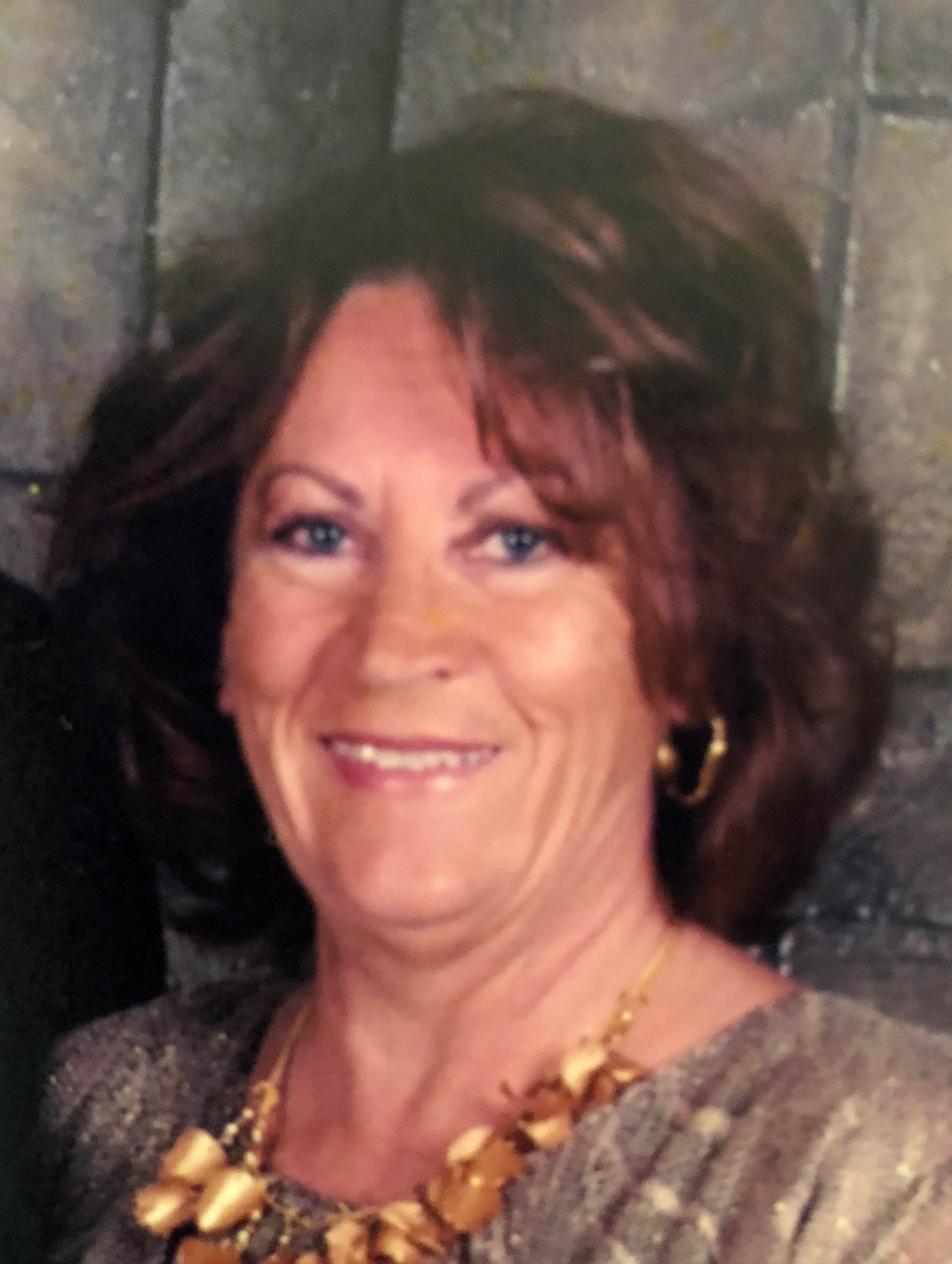 April 6, 1943 – January 23, 2019
Kay Denniston, 75, of Bedford, died Wednesday, January 23, 2019, at Methodist Hospital in Indianapolis.
Born April 6, 1943, in Bedford, she was the daughter of Robert and Alice (Mize) Fish. She married Robert Denniston in 1961 and he survives. She retired in 1998 as a bus driver for the North Lawrence Community School System. She was a dog breeder and groomer for over 50 years and a long-time decorator for Home Interiors. She was a member of the Mt. Pleasant Christian Church and Ladies Auxiliary of the Bedford Boat Club. She enjoyed fishing, vacationing, and spending time with her grandkids and great grandkids.
Survivors include her husband, Robert, of Bedford; two daughters, Renee Cox and husband, Jeff, Darci Curtis and husband, Mike, all of Bedford; a son, Darren Denniston and wife, Kathy, of Columbus; four granddaughters, Brianna Miller and husband, Adam, Hannah Stultz and husband, Patrick, Tanna Smock and husband, Justin, all of Bedford, and Darion Denniston, of Columbus; three grandsons, Chase Curtis and Austin Curtis, both of Bedford, and Dane Denniston, of Columbus; three great-grandchildren, Oakley Stultz, Bristol and Journie Miller; two sisters, Jan Adams and husband, Rick, and Vicki Chastain and husband, Chris, all of Bedford.
She was preceded in death by her parents.
Funeral services will be conducted at 10 a.m. on Tuesday, January 29th in the Elmwood Chapel of the Day & Carter Mortuary with Jeff Huddelson officiating. Burial will follow in the Mt. Pleasant Christian Cemetery. Visitation will be from 4 p.m. until 8 p.m. on Monday, January 28th at the Day & Carter Mortuary.
Family and friends may express condolences at www.daycarter.com.
Rosemary Hunter – Bedford 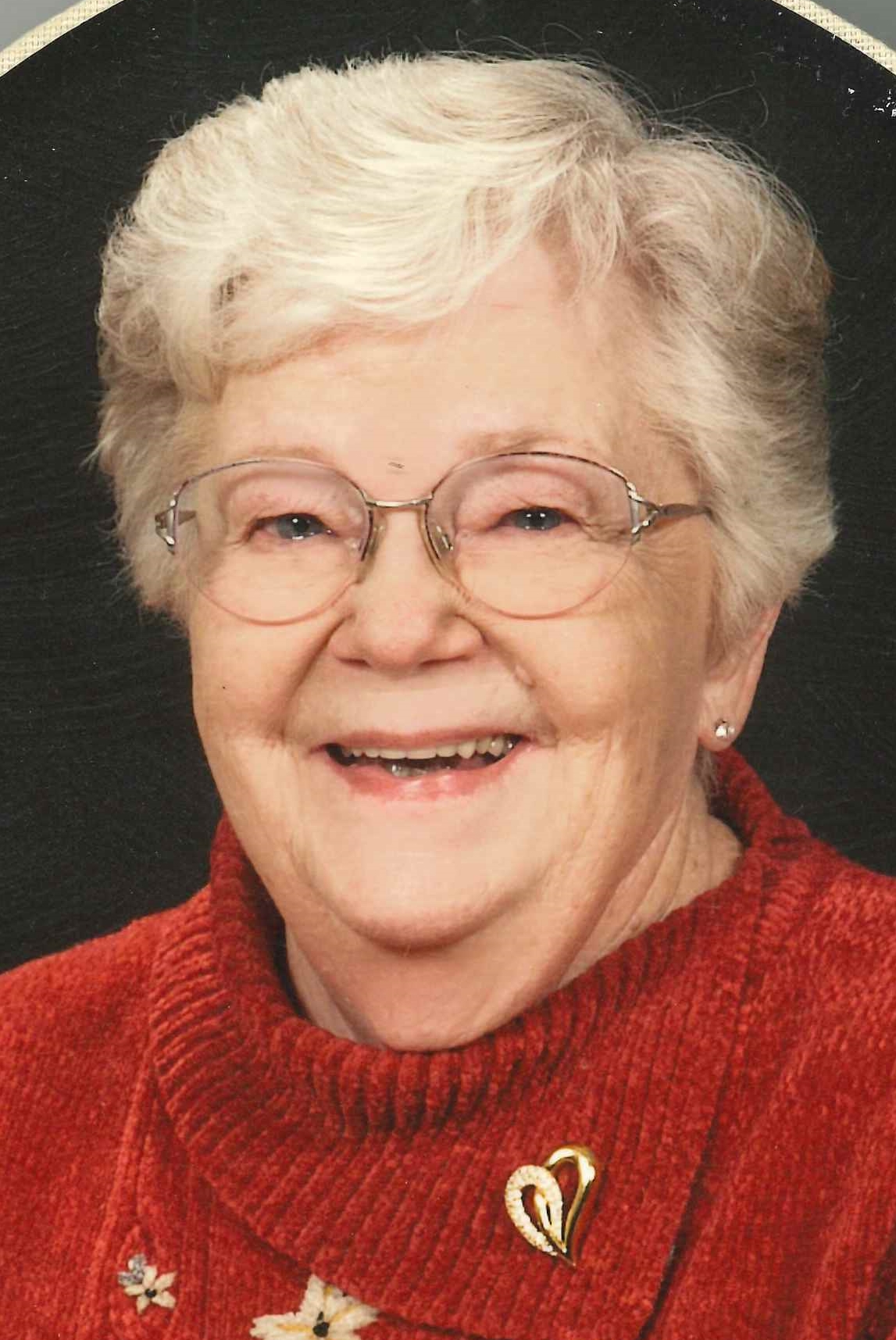 March 3, 1928 – January 24, 2019
Rosemary Hunter, 90, of Bedford, died Thursday, January 24, 2019, at Westview Manor Nursing and Rehab.
Born March 3, 1928, in Heltonville, she was the daughter of Eithel Morris Hunter, Sr. and Fay Marie (Pender) Hunter.
She retired as a teller from Bedford National Bank in 1990.
She was a member of the Phi Beta Psi Pheta Alpha Gamma Associate Chapter and the American Business Women’s Assoc. She served on the Bedford Library Board for sixteen years and served on Hoosier Uplands Board. She was a member of the Heltonville United Methodist Church and First United Methodist Church in Bedford where she served with the United Methodist Women and United Methodist Mission Committee. She was a volunteer with the Pink Ladies.
Survivors include a sister-in-law, Phyllis Hunter, of Bedford; a nephew, Phillip B. Hoffsetz and wife, Barbara,
of Noblesville; two nieces, Jackie Adams, and husband, Bruce, of Springville, and Rhonda Morris of Bedford;
several great-nieces and nephews.
She was preceded in death by her parents, a sister, Jaynella Hunter; three brothers, Robert (Bob) J. Hunter, William C. (Bill) Hunter, Eithel Morris, Hunter, Jr.; a special granddad, Morton C. Hunter.
No services are scheduled.
Family and friends may express condolences at www.daycarter.com.
Mary Evelyn Kern Bair – Bedford 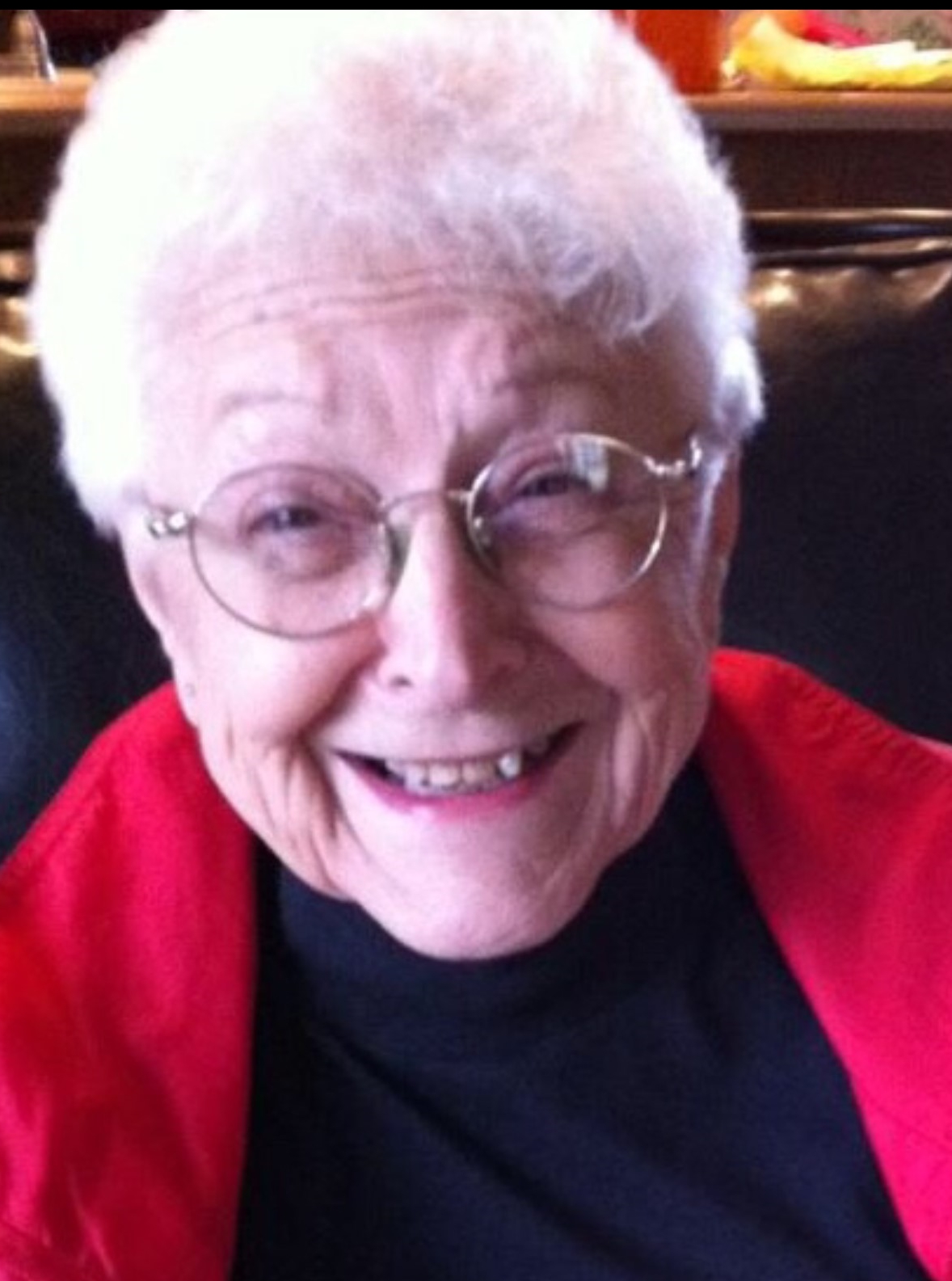 January 12, 1928 – January 22, 2019
Mary Evelyn Kern Bair, 91, of Bedford, died at 3:10 p.m. on Tuesday, January 22, 2019, at Westview Nursing and Rehab.
Born January 12, 1928, in Fayetteville, IN, she was the daughter of James Harlie and Emma (McKinney) Kern. She
married Thomas Harold Bair on April 3, 1948, in New Albany, IN and he preceded her in death on September 26,
1996. She had worked at the Bedford Courthouse for twenty years and had volunteered in the Auxiliary at
Bedford Medical Center for several years. She attended Leesville United Methodist Church. She was an avid reader
and traveler, and she loved painting in her studio.
Survivors include a son, John Michael Bair, of Bedford; a daughter, Susan Elaine Moreland, of Terre Haute; five
grandchildren, Tiffani Kurtz, Tabatha Anderson, Tara Bair, all of Bedford, Shea Moreland, of Bloomington, Ashley
Moreland, of Seattle, WA; six great-grandchildren, Eden and Davin Anderson, Camryn and Cash Kurtz, Kailee
Schneider, and Onora Moreland; several nieces and nephews.
She was preceded in death by her parents, her husband, a brother, James Howard Kern, and two great-
grandchildren, Carson, and Campbell Kurtz.
Funeral services will be conducted at 2 p.m. on Sunday, January 27th in the Elmwood Chapel of the Day & Carter Mortuary with George Browning officiating. Burial will follow in the Erie Church Cemetery. Visitation will be from 4 p.m. until 8 p.m. on Saturday, January 26th at the Day & Carter Mortuary.
Family and friends may express condolences at www.daycarter.com.
Lucille J. Taylor – Indianapolis 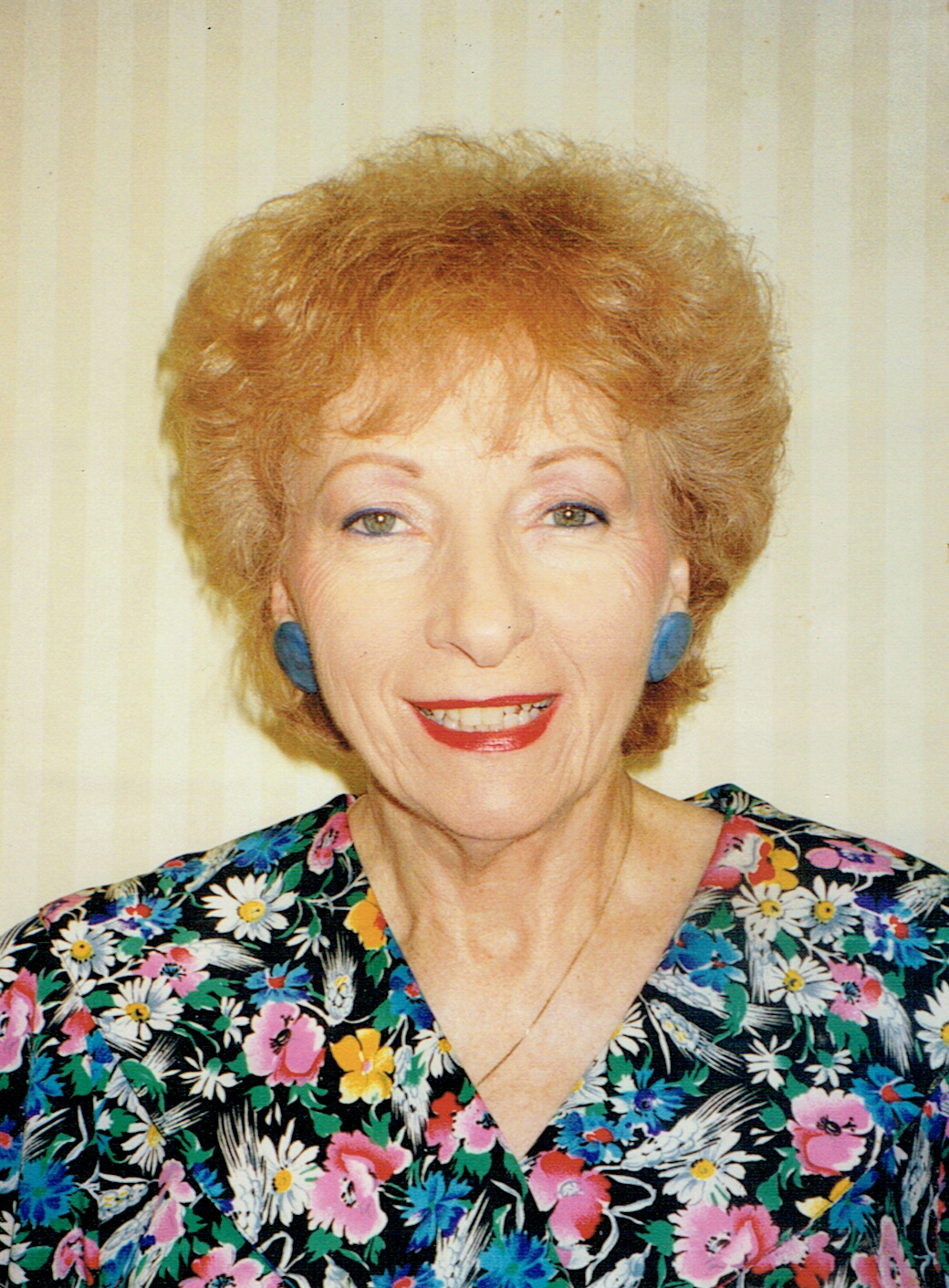 June 12, 1929 – January 18, 2019
Lucille J. Taylor, 89, of Indianapolis, passed away in Westfield, Indiana, on January 18, 2019.
Until her passing, Lucille survived the loss of her husband, father, mother, and all seven siblings.
Lucille and her twin sister, Louise, were born in Bedford, Indiana, on June 12, 1929, to John O. and Hattie Bailey. She attended public schools in Bedford and graduated from Bedford High School.
She married Dwight Taylor in 1947 after he returned from service in World War II. They lived in Indianapolis while Dwight completed college and returned to Bedford where their two sons, Duaine and Gregg, were born. Dwight, Lucille, and the boys moved to northern Indiana until 1956 when they moved to Indianapolis. Lucille began working for L. S. Ayers Department Store. Dwight continued his teaching career in the Southport school system where he retired after 36 years. Lucille worked for the L. S. Ayres Company until her first retirement. She went back to work for Ayres in the Greenwood Mall center and earned a second retirement.
Lucille was a loving wife, mother, grandmother, great grandmother, sister, aunt, and friend. She always made time to help others. Family was very important to Lucille. She loved her dogs as family members too.
Her love will be missed by all who knew her.
Family and friends are invited to gather at Day & Carter Mortuary for the funeral service on Saturday, January 26, 2019.
Viewing is to start at 10 a.m. with the service beginning at 11 a.m.
Condolences may be sent to the family at www.chastainfuneralhome.com