(WASHINGTON, D.C.) – The National Desert Storm War Memorial Association is pleased to announce that General Charles A. Horner, USAF, Retired has agreed to speak during the Memorial’s site dedication ceremony in Washington, D.C. 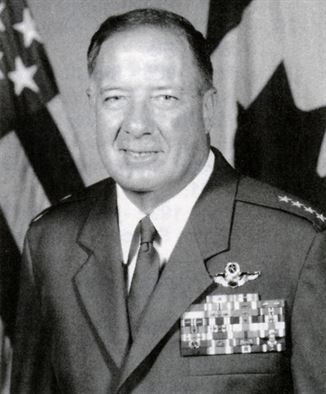 For 36-years, General Horner honorably served the United States in uniform. Horner was awarded the Silver Star during the Vietnam War for distinguishing himself as a pilot in combat. General Horner commanded U.S. Central Command Air Forces, in command of all U.S. and allied air assets during Operations Desert Shield and Desert Storm. He is presently assisting with fundraising efforts to build the National Desert Storm and Desert Shield Memorial.
General Horner stated, “It is appropriate that we’ll have a Desert Storm memorial to commemorate the liberation of occupied Kuwait, the remarkable International Coalition that undertook that noble mission and their sacrifices in blood. Their efforts to limit the loss of life and destruction represented a revolution in diminishing the horrors of war.”
In 1991, the United States of America sent a powerful message of international unity and cooperation to Saddam Hussein by opposing and ejecting Iraq’s occupying forces and liberating the peaceful nation of Kuwait. The mission undertaken by the United States Armed Forces during Operation Desert Storm and Desert Shield was a remarkable example of American leadership, values, and sacrifice in the pursuit of freedom.
The Memorial’s design will commemorate the historical significance of Operation Desert Shield and Desert Storm while honoring the service and sacrifice of the United States of America and Coalition military personnel who liberated Kuwait from Iraq and defended Saudi Arabia. The Memorial is projected to be completed by 2021.
In December 2014, President Obama signed the Memorial’s enabling legislation. In March 2017, President Trump signed the law authorizing the Memorial to be built near the National Mall in Washington, D.C., in an Area – 1 location. In June 2018, a site located in close proximity to the Lincoln Memorial and the Vietnam Veterans War Memorial received approval.