(COLUMBUS) – Columbus firefighters battled the bitter cold this morning when a fire started at Nikkei MC Aluminum early this morning. 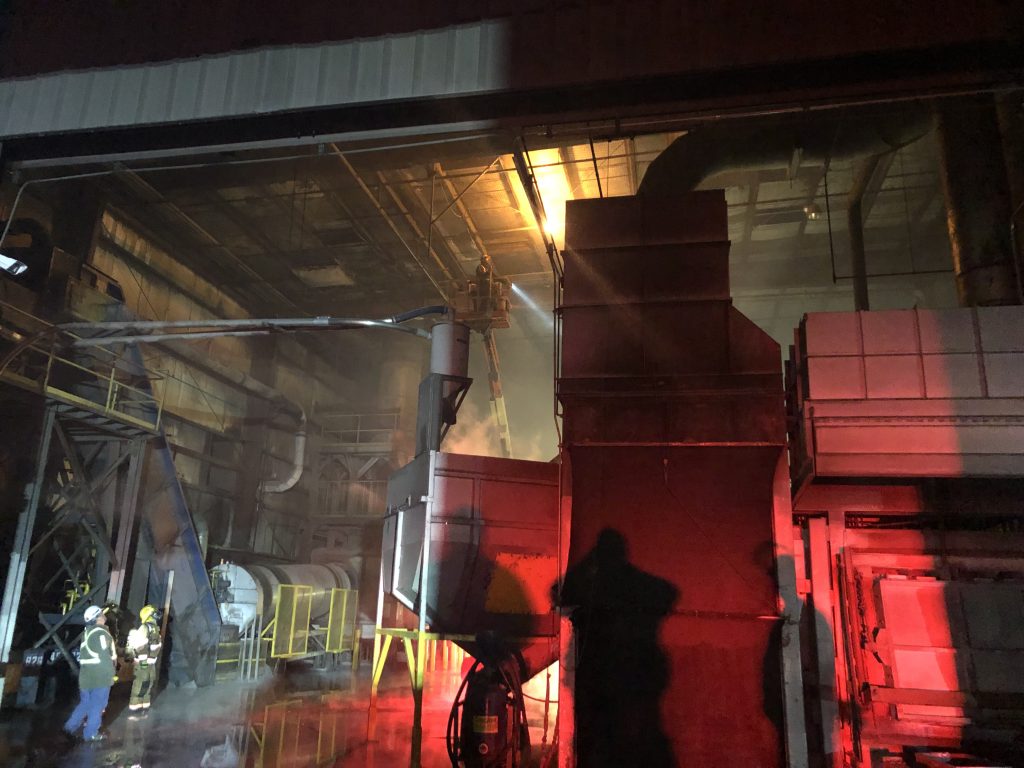 Photo courtesy of Columbus Fire Department
An employee at the aluminum smelting factory on Inman Drive alerted officials to the fire at 3:30 a.m.
Four engine companies and two rescue companies responded to the scene.
When emergency crews arrived, the company’s ten employees had evacuated the building. No one was injured. 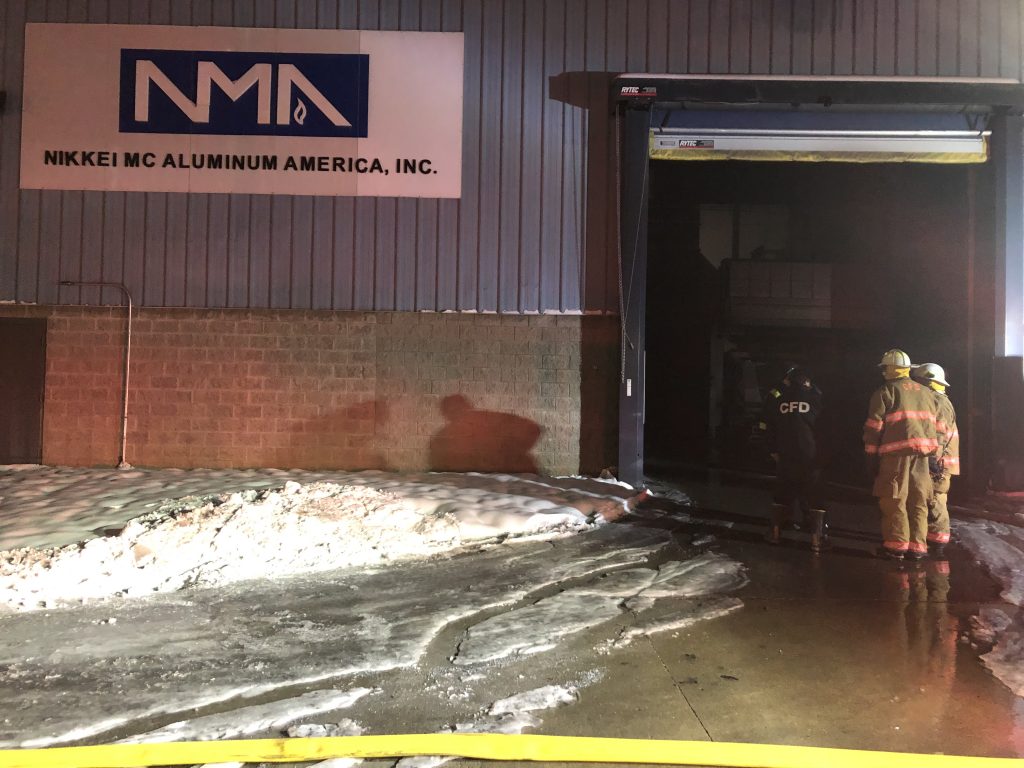 Photo courtesy of Columbus Fire Department
Firefighters were greeted with heavy smoke inside the building. Capt. Mike Wilson reports, the sprinkling system did activate, but the fire was above the sprinklers in the steel i-beams overhead and in a dust collector system on the outside of the building.
Capt. Wilson says the fire had ignited in dust and debris in the i-beams in the ceiling, then spread to other accumulations of flammable materials in the facility, causing several more spot fires.
Company officials told firefighters they first saw the fire in an afterburner furnace. An afterburner limits the amount of pollution that goes into the air.
It took firefighters about two hours to gain control of the blaze.
Officials have not said how long the plant will be closed.