(VIGO CO.) – An Indiana State Trooper escaped serious injury Saturday night when his patrol car was hit by a semi-tractor trailer on I-70 in Vigo County. 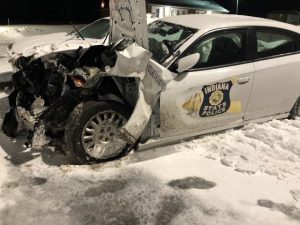 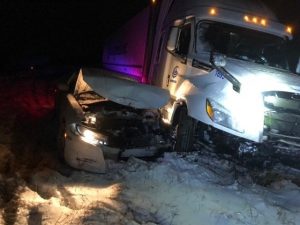 Both the driver and co-driver of the semi-tractor trailer, from Mississauga, Ontario, were taken to the hospital with non-life threatening injuries.
Trooper Rader was wearing his seatbelt and received only minor cuts and bruises.
He was released at the scene by medical personnel.