(BLOOMINGTON) – In late February of 1969, Bill Kroll was running to the telegraph office in Bloomington. Kroll, WTIU’s general manager at the time, needed to know if the station had received its license so it could begin broadcasting. To his delight and relief, the anxiously-awaited telegram was there, and a few days later, WTIU went on the air for the first time on March 3, 1969. 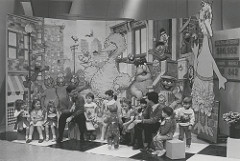 WTIU celebrates its 50th anniversary this year. Since that first broadcast in March of 1969, WTIU has enjoyed remarkable growth. The station began with one channel and a staff of three. Now WTIU has five channels and video streaming options, more than 80 employees, and reaches an estimated 1.5 million viewers in south and central Indiana.

“Television has changed dramatically since we went on the air 50 years ago but our mission to inform, educate, and entertain has not. WTIU works hard to bring a sense of community to southern Indiana through news, original programming, and documentaries,” says WTIU’s general manager Perry Metz. 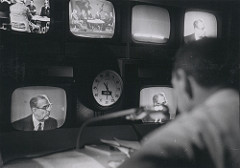 Throughout 2019, WTIU will commemorate 50 years of serving the south-central Indiana community by hosting events, sharing station history and memories on-air and online, and more. WTIU’s signature anniversary event will be an evening with PBS NewsHour’s Judy Woodruff at the Buskirk-Chumley Theater in Bloomington September 21, 2019. Tickets will go on sale later this year. 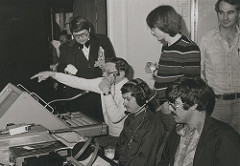