(SPENCER CO.) – A man sentenced to death for the rape and murder of a 15-year-old Spencer County girl has filed a lawsuit against the state. 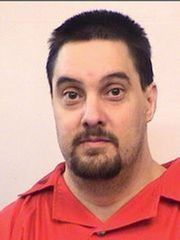 Roy Lee Ward
46-year-old Roy Lee Ward, who is on death row is suing the state, declaring capital punishment is unconstitutional.
Ward is not scheduled for execution anytime soon.
He previously sued the state when legislators named Brevital as its next lethal injection drug but lost when the Indiana Supreme Court upheld a lower court’s ruling tossing out the suit in February 2018. 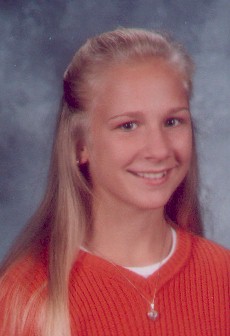 Stacy Payne
Ward was convicted in 11, 2001, rape and murder of Stacy Payne, 15, of Dale, and was sentenced to death.
Stacy Payne and her 14-year old sister, Melissa, were home alone in their rural Dale home when Ward entered and attacked Stacy with a knife.
Melissa had taken a nap upstairs and was awakened by Stacy’s screams. From the top of the stairs, Melissa saw Ward on top of Stacy.
She called 911 and heard Stacy pleading, “Stop!,” while Ward said, You better be quiet.” Ward was still at the scene, covered with blood and with a knife in his hand when police arrived.
According to an autopsy report, Stacy Payne’s torso was nearly sliced in two, she suffered vaginal cuts and bruises from sexual assault and a gaping wound to her neck so deep it slashed her windpipe and jugular vein.
her throat was cut to her windpipe and her wrist was slashed to the bone. She lived for a short time after the attack.
Vaginal bruising and Stacy’s DNA were found on Ward’s genitals supported the rape and criminal deviate conduct charges.
Ward was on probation for a burglary in Missouri at the time of the crime and had a dozen prior convictions for public indecency and indecent exposure.
His 2007 death penalty sentence was the second time a jury had recommended death for Ward as the earlier verdict of a Spencer County jury was overturned on appeal, and Ward was granted a new trial.
In his suit, Ward is asking for a “declaration of unconstitutionality” of capital punishment and for a permanent injunction barring the state from performing any executions.
There are currently 12 inmates on death row, according to the Department of Corrections. The last execution was carried out in 2002 when 49-year-old Matthew Wrinkles, of Evansville, was put to death for the shooting death of his estranged wife 31-year-old Debra Jean Wrinkles, her brother 28-year-old Mark “Tony” Fulkerson and his wife 26-year-old Natalie Fulkerson.