(BLOOMINGTON) – Officials with the Indiana Department of Homeland Security has ruled that a child playing with matches started the Jan. 6 house fire that led to the death of 2-year-old boy Kenneth Dale Lane Jr. 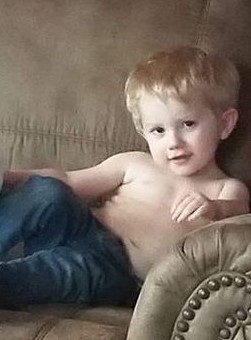 Officials say the fire was set intentionally, but there was no malicious intent. The investigation is now closed.
Fire crews were called to the home that Sunday at 3802 South Tyler Lane in Bloomington just before 8 a.m.
There were no working smoke detectors inside the home.
According to investigators, Morgan Lane woke to find the house on fire and tried to get the four children out of the house but couldn’t find KJ. The boy’s father, Kenneth Lane Sr. was at work when the fire started.
Morgan, KJ’s two older brothers, and a baby sister survived the fire, as did a live-in babysitter and her young daughter who lived at the house.
The Lanes did not own the house, didn’t have insurance and had recently moved there from Martinsville to the rent to own house.