(BEDFORD) – A Bedford man was arrested Friday morning after he injured a woman during a domestic dispute at a home in the 2000 block of G Street. 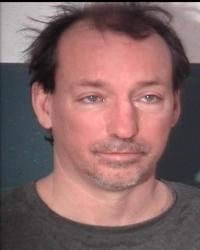 Bedford Police officers arrested 50-year-old Troy McCutcheon on charges of domestic battery and intimidation.
According to Bedford Police Chief Terry Moore, when officers arrived at the home, they found a woman with injuries to her face, arm, and leg. She told police those injuries happened during a previous incident with McCutcheon.
The victim told officers McCutcheon had been drinking and the two got into an argument and injured her right wrist. He also told her if she called the police he would kill her.
She signed a battery affidavit, and McCutcheon was arrested at the scene.