(NEW CARLISLE) – Developers have proposed moving a ditch that divides the site of a massive new industrial park in northern Indiana, despite objections from farmers who warn the move could flood their land. 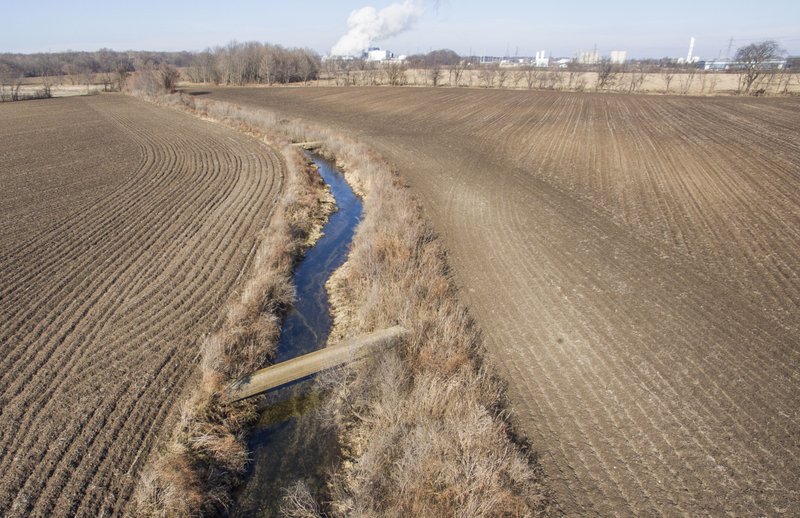 The Niespodziany Ditch runs through farmland near Walnut Road in New Carlisle, Ind. (Robert Franklin/South Bend Tribune via AP)
St. Joseph County officials say four businesses have already expressed interest in moving to the proposed Indiana Enterprise Center, a 22,000-acre site near New Carlisle, the South Bend Tribune reported.
But a 2.5-mile portion of the Niespodziany Ditch that passes through the land would need to be relocated in order to free up about 2,000 acres for the project. The ditch acts as drainage for several local farms and businesses.
Randy Matthys and other local farmers have raised concerns that moving the ditch will cause flooding. 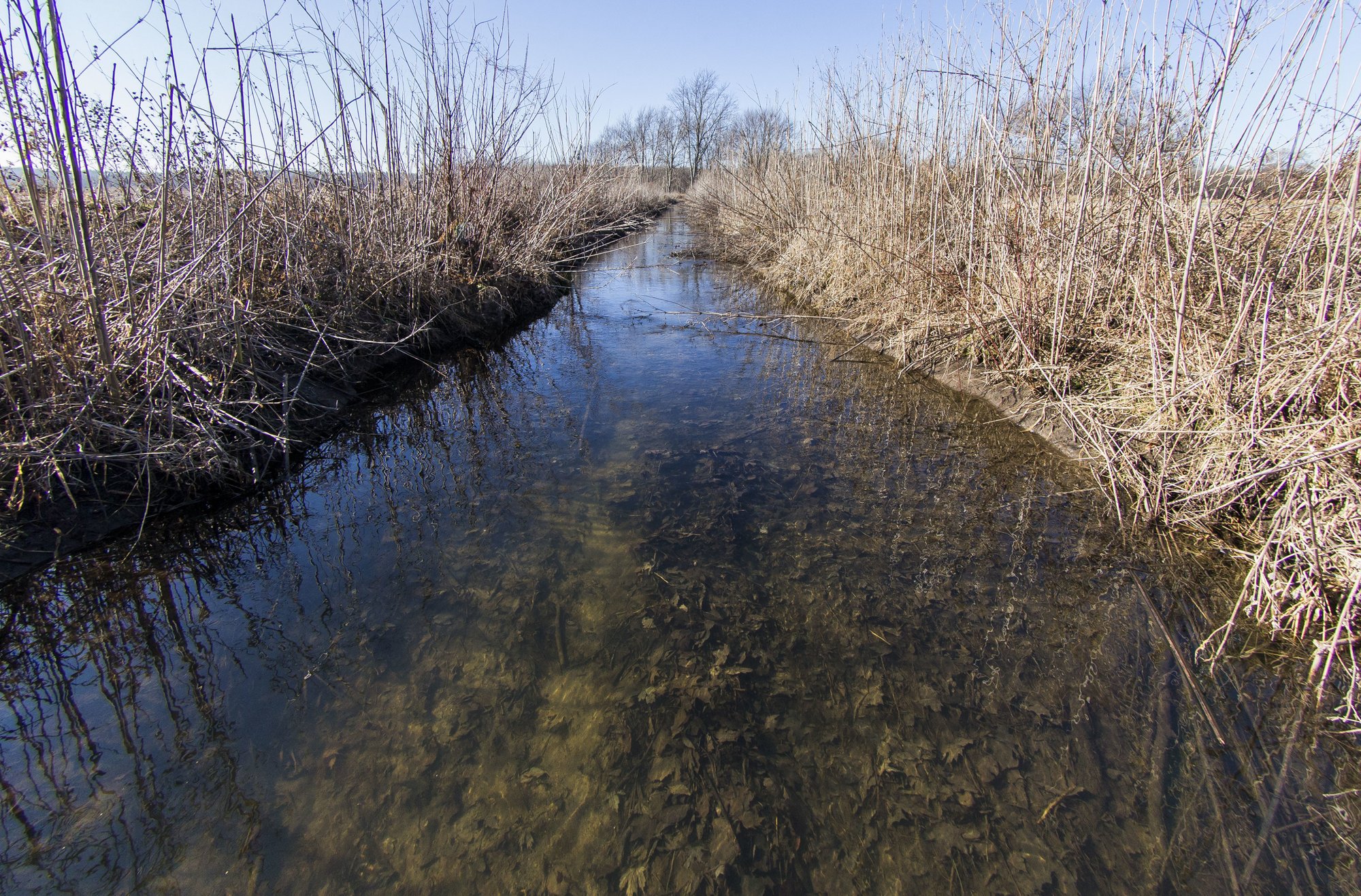 The Niespodziany Ditch runs through farmland near Walnut Road in New Carlisle, Ind. (Robert Franklin/South Bend Tribune via AP)
“As a landowner, would I want to see it go there? No, not really,” said Matthys, who owns 320 acres of farmland in the area.
He also sits on the county drainage board, which could help decide the fate of the ditch. Matthys said he would likely approve the project if the county acquires the necessary land and the landowners understand the plan.
Bill Schalliol, the county’s economic development director, said it’s important to relocate the ditch because businesses want to be assured that it won’t interrupt the project space. It could take several months to purchase properties and get the permits needed to relocate the ditch, he said.
The county Redevelopment Commission recently agreed to spend $18,000 to hire firms to appraise four properties that would need to be acquired. The county’s commissioners will consider the contracts on Tuesday.
Information from: South Bend Tribune, http://www.southbendtribune.com