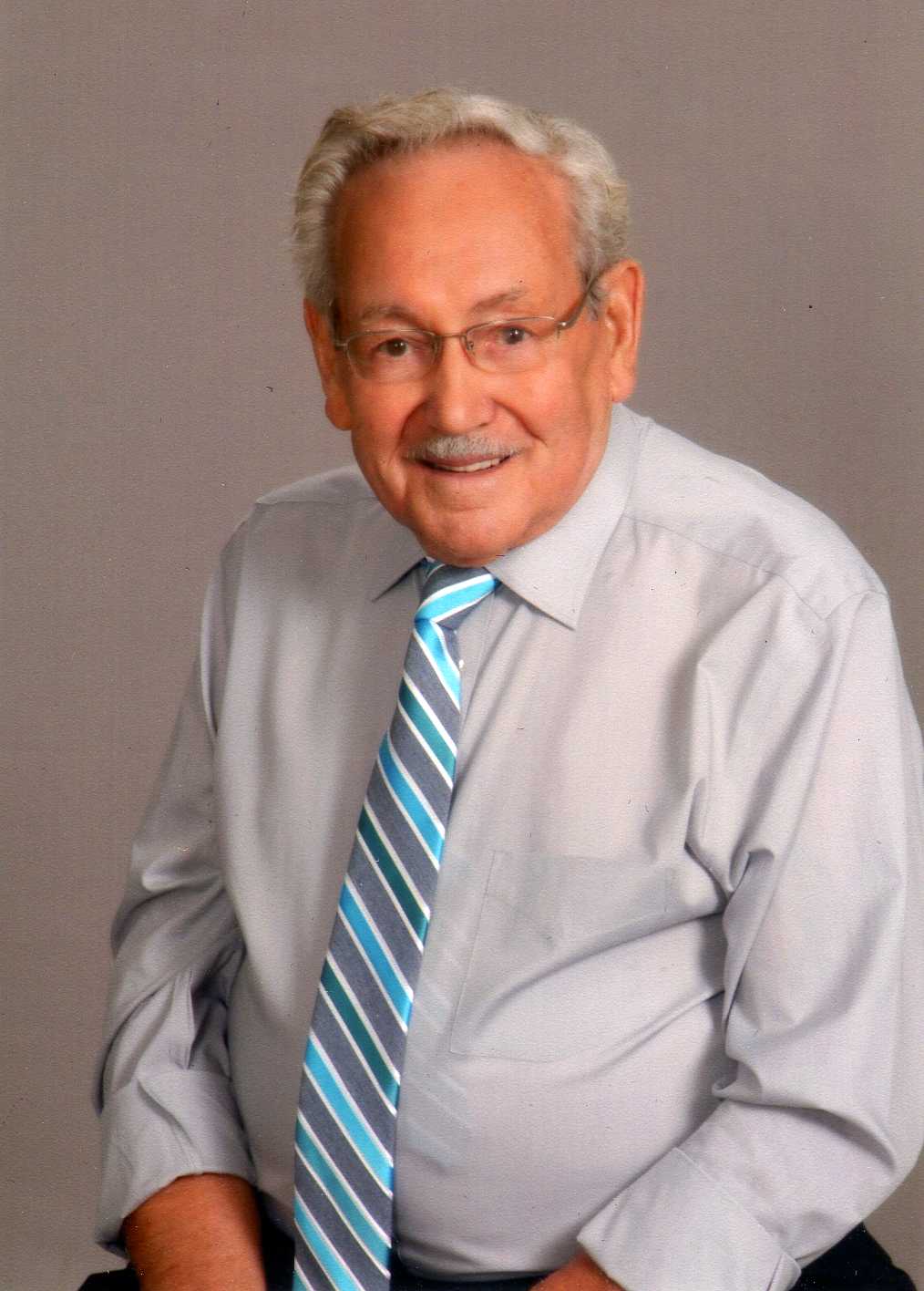 September 29, 1929 – January 9, 2019
Alonzo Martin “Tuffy” Earl, 89, of Bedford, passed away Wednesday, January 9, 2019, at his residence.
Born September 29, 1929, he was the son of Alonzo C. and Mabel (Leatherman) Earl. Alonzo worked as a maintenance welder at Central Foundry and retired in1995.
He was a member of First Baptist Church, Mitchell Masonic Lodge #228, and the American Legion Gillen Post #33 in Bedford.
He is survived by his wife Carolyn (Tow) Earl; his children Gary Lee (Beverly) Earl, Tim Dale (Tina) Earl; grandchildren Kayla (Josh) Dalton, Kelsey (Jordan) Strunk, Kristopher Earl and fiancé Marea Enochs, and Wyatt Earl; great-grandchildren Payton Dalton, Olivia Strunk, Hudson Strunk; one sister Sara Hall; several nieces, nephews, and cousins
He is preceded in death by his parents, three sisters, two brothers and one brother in infancy.
Funeral service will be at 2 p.m. on Monday, January 14, 2019, at Ferguson-Lee Chapel of Thorne-George Family Funeral Homes with Rev. Lee Brown and Jim McDowell officiating. Burial will be at Mitchell City Cemetery. Military Rites will be accorded by members of the American Legion Gillen Post #33. Visitation will be Sunday, January 13, 2019, from 1 p.m. until 5 p.m. and Monday, January 14, 2019, from Noon until 2 p.m. Masonic Rites will be at 4 p.m. Sunday.
In lieu of flowers, memorial contributions may be made to First Baptist Church.
Online condolences may be sent to the family at www.fergusonlee.com.
Timothy P. “Tim” Hodge – Bedford
February 15, 1956 – January 10, 2019
Timothy P. “Tim” Hodge, 62, of Bedford, died at 6:10 p.m. on Thursday, January 10, 2019, at his residence.
Born February 15, 1956 in Indianapolis, he was the son of Leroy “Buck” and Mary C. (Clifford) Hodge. He married Debra A. Mayhew on September 15, 1984 and she survives. He worked at Ft. Harrison in maintenance then transferred to NWSC Crane as a materials handler. He was a member of the Christian faith and a veteran of the U.S. Marine Corps.
Survivors include his wife, Debbie, of Bedford; two sons, Thomas Hodge and wife, Megan, of Lanesville, IN and Jeremy Hodge, of Bedford; two grandchildren, Hannah and Thomas, Jr.; five brothers, Mike Hodge and wife, Georgia, of Greenfield, Paul Hodge and wife, Lillian, of Fishers, IN, Larry Hodge and wife, Peggy, Mark Hodge and wife, Connie, all of Indianapolis, Andy Hodge and wife, Amy, of Greenfield, IN; two sisters, Mary Ellen Wainscott and Stephanie Dickerson and husband, Jim, all of Indianapolis; several nieces and nephews; his mother-in-law, Carol Hedrick, of Bedford; a brother-in-law, Mark Mayhew and wife, Rhonda, of Greenfield, IN; sisters-in-law, Becky Mosley and husband, Gus, Indianapolis, IN, Tammy Gregg and husband, Hank, all of Greenfield, IN, and Angie Giles and husband, Roger, of Bedford.
He was preceded in death by his parents and a sister, Susie Harlan.
Funeral services will be conducted at 11 a.m. on Wednesday, January 16th in the Elmwood Chapel of the Day & Carter Mortuary with Pastor Mark Fugate officiating. Burial will follow in Green Hill Cemetery. Visitation will be from 4 p.m. to 8 p.m. on Tuesday, January 15th at the Day & Carter Mortuary where a rosary service will be conducted at 7:30 pm. Family and friends may express condolences at www.daycarter.com.
Laura (Ann) Graves – Bedford
August 26, 1954 – January 6, 2019
Laura (Ann) Graves, 64, of Bedford, passed away on Sunday, January 6, 2019, at her residence.
Born August 26, 1954, in Bedford, she was the daughter of Donald E. and Marlene “Sue” (Endris) Graves and the granddaughter of Augie and Rhea Dawn Endris and Herman and Juanita Graves.
She was a graduate of Bedford High School Class of 1972.
She worked as a CNA at Bedford Regional Medical Center and later at White River Lodge.
Laura was a member of St Vincent de Paul Catholic Church and the Altar Society.
Surviving are her mother, Sue Graves, of Bedford; four sisters, Lisa (David) Burton, of Bedford, Gina Graves, of LaPlata, Maryland, Emily (Todd) Rubley, of Houston, Texas, and Susan (Jim) Johnson, of Bedford; several nieces, nephews, great nieces, great nephews, aunts, uncles, and cousins.
She was preceded in death by her father; grandparents; one sister, Julie Graves; and several aunts, uncles, and cousins.
Mass of Christian Burial will be at 11 a.m. on Saturday, January 12, 2019, at St. Vincent de Paul Catholic Church, with Father Rick Eldred and Deacon Dave Reising officiating. Burial will be in Cresthaven Memory Gardens. Visitation will be 9:30 a.m. until 10:30 a.m. Saturday at the church. Rosary will be prayed at 10:30 a.m.
In lieu of flowers, memorial contributions may be made to the White River Humane Society or Becky’s Place.
Online condolences may be sent to the family at www.fergusonlee.com.
Mary P. Ross – Bedford 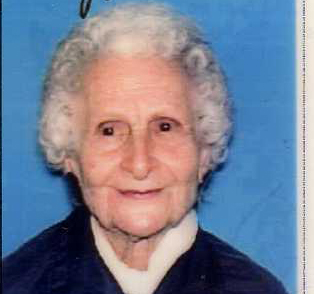 September 1, 1918 – January 8, 2019
Mary P. Ross, 100, of Bedford, passed away at Stonebridge Health Campus on Tuesday, January 8, 2019. She had been a resident for 3 years.
She was born September 1, 1918, in Reed Station to John and Maria Rose (Demarca) Ross.
Mary was a custodian for the North Lawrence School System. She attended Oolitic High School.
She was a member of St. Vincent de Paul Catholic Church.
Survivors include her sisters, Frances Fish, and Lena Woodward, of Bedford, and several nieces and nephews.
She was preceded in death by two brothers, Joe, and Jim Ross, four sisters, Angie Eagan, Sophia Markiano, Mary Ruth Capperilla, and Jo Ann Moscato.
Mass of Christian Burial will be at 11 a.m. on Monday, January 14, 2019, at St. Vincent de Paul Catholic Church, with Father Rick Eldred and Deacon Dave Reising officiating. Burial will be in Green Hill Cemetery. Rosary will be prayed at 10:30 a.m. at the church.
In lieu of flowers, memorial contributions may be made to the St. Vincent de Paul Shamrock Center.
Online condolences may be sent to the family at www.fergusonlee.com.