(INDIANAPOLIS) – The Indiana Parole Board has again rejected parole for an Indiana man who was convicted in a woman’s 1986 killing and dismemberment. 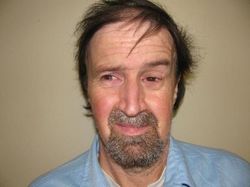 The Herald-Times reports the board last week voted unanimously to deny 63-year-old Robert E. Lee’s parole request. He appeared by video from the Indiana State Prison in Michigan City and thanked the board following its decision.
Lee was convicted of murder in 1987 and sentenced to 60 years in the killing and dismemberment of 31-year-old Ellen Marks, a reclusive former Indiana University graduate student who lived in a plywood and cardboard shack. Her dismembered body was found in an overgrown lot at 11th and Summit street on the city’s west side.
He was granted parole in 2012 after serving 25 years but was returned to prison two months later after violating his parole by getting into a car and riding with a woman in South Bend, where he was living.
Information from: The Herald Times, http://www.heraldtimesonline.com