(BEDFORD) – A long-standing member of the Bedford City Council announced he will not seek reelection during Tuesday night’s city council meeting.

Third District Councilman Byron Buker told council members that he will not be seeking reelection and would serve until the end of the year. Buker has served more than 26 years and has been elected 12 times.
Other council members expressed their appreciation for his service, and during the meeting, Buker was selected to remain as council president for his final year. 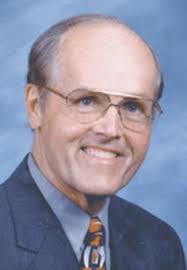 Councilman Byron Buker
Mayor Shawna Girgis expressed her feelings on his departure saying, “Byron will be greatly missed, and I have had the honor of working with him for 12 years.”
In an unrelated topic, Mayor Girgis said one of her goals for 2019 is to increase the presence of school resource officers in all of the Bedford schools full time.
Currently, Bedford Police and the Lawrence County Sheriff’s Office supply officers to the middle school, high school, and part of the time at the elementary schools. She hopes to increase staffing for all schools for the safety of the children.
In other business, the council gave 1st and 2nd reading approval for a zoning variance to allow a veterinarian, Dr. Brian Waldo, to move forward with his proposal to establishing a second veterinarian facility at 5th Street and Bellback Road. He currently has a pet hospital on Mitchell Road and would keep both facilities open. The final approval could come as early as the next city council meeting.