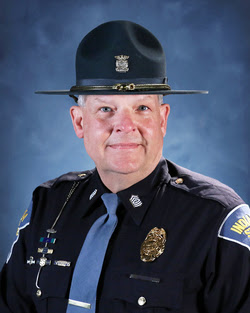 When Rich was just 18 years old he began his career with the Indiana State Police, although too young to be a Trooper, he became a civilian employee installing microwave dishes and radio antennas on the department’s 63 communications towers. Four years later he was accepted into the 44th State Police Recruit School and upon graduation was assigned to the Lafayette District where he patrolled Montgomery and Fountain Counties. In 1988 Myers had the chance to transfer back home to Morgan County where he patrolled for 19 years. In 1989 Rich was selected as the Putnamville District “Trooper of the Year.”
Rich’s charismatic personality and his devotion to community relations led him to a promotion into the Public Information Office in 2007. After serving as a PIO for both the Putnamville and Indianapolis Districts, Myers was promoted to First Sergeant in 2015 to serve as the Assistant Chief Public Information Officer. 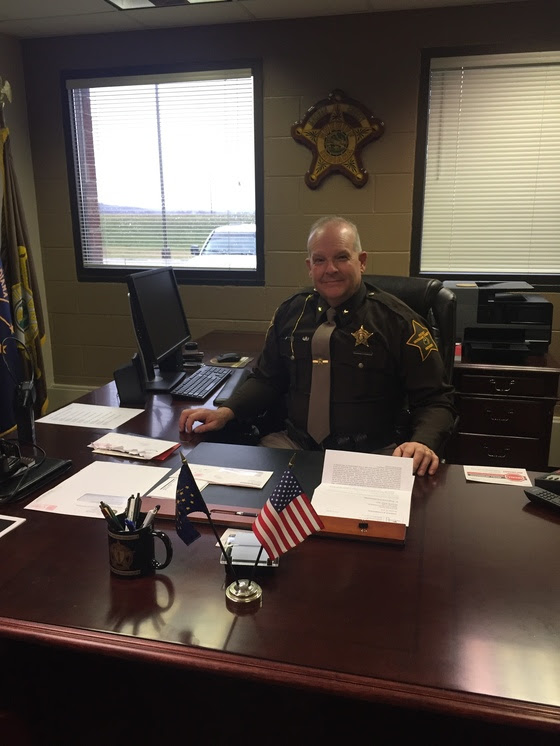 Myers served on the Bomb Squad for 27 years and received a Silver Star Award for bravery and sacrifice. Rich also spent more than 20 years assisting with the department’s executive security detail. His duties not only included security for the Governor and First Lady, but he spent 11 years as a security liaison for the Indiana State Senate during Legislative Sessions. 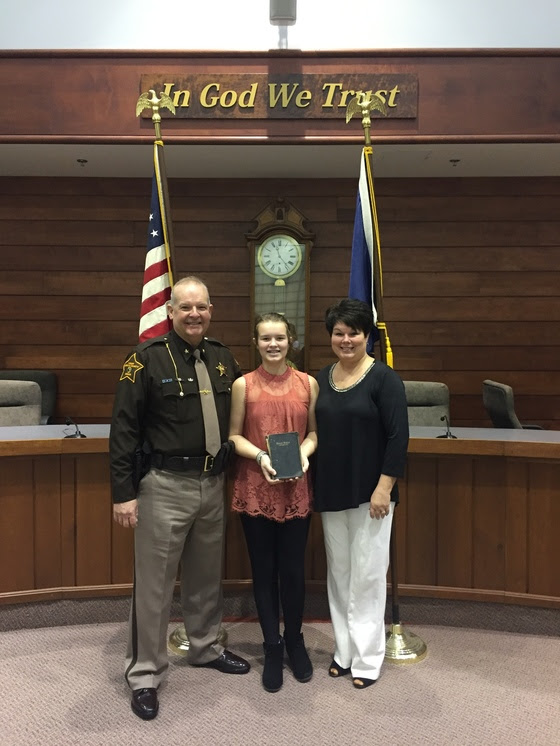 Sheriff Myers is married to his wife Karen and they have a 12-year-old daughter Danica. The Myers Family are members of Olive Christian Church and are very active in the Morgan County 4-H program.