(MITCHELL) – A Mitchell man was arrested early Monday morning after he shot out the back window of a vehicle.

According to the Lawrence County Sheriff’s Department dispatch log, a motorist in a blue Ford Lincoln called 911 at 12:03 a.m. to report they were being chased by another driver in a Nissan Altima car in the 300 block of Spice Valley Road.
The caller reported someone inside the Altima was firing shots at their vehicle and had shot out the back window. 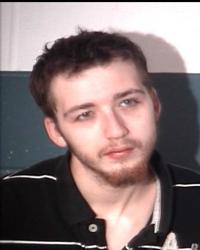 Police arrested 18-year-old Lathan Mounce on charges of painting a loaded firearm, criminal recklessness with a deadly weapon and possession of marijuana. He is being held in the Lawrence County Security Center on a $755 cash or $7,500 surety bond.