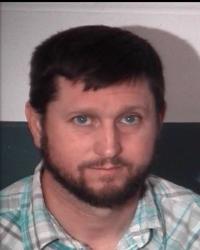 Hall, 38, is facing three misdemeanor counts of invasion of privacy.
According to a Lawrence Superior Court I probable cause affidavit, Hall was arrested after his wife Laura Hall alleged that he had violated a protective order during the first week of November, then again on Nov. 10th and Dec. 20th.
Laura Hall told police she was sitting in her vehicle in a shared driveway between Hall’s farm and home. She told a Lawrence County Police officer that she was waiting for Kyle’s aunt to drop off her dog. But Kyle showed up and parked his truck in front of her vehicle. He got out of his truck and walked up to the driver’s door window of Laura’s vehicle and tried to speak to her. Kyle also had her dog. She told him to put the dog in the back seat. As he did, he was screaming at her. Laura Hall was on the phone with a friend who could also hear Kyle yelling at her.
Laura Hall filed for divorce in July. The court ordered that Kyle could only use the driveway to access his farm.
Hall, who served as Indian Creek Trustee from March 2016 until he resigned in July 2018, was booked into the Lawrence County jail. He posted a $505 cash bond on Thursday.