The (northwest Indiana) Times reports that the pooches — named Tofu, Bruce, Jewels, Rachel and Jake — are still acclimating to their new surroundings. 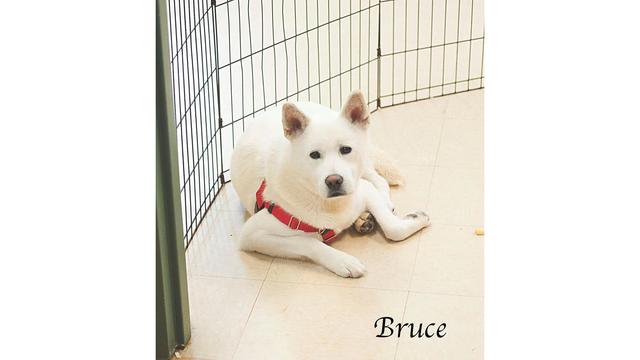 Bruce, one of five dogs saved from a South Korean dog-meat farm and brought to Munster-based Humane Indiana. Provided Photo/Humane Indiana via Facebook
They were brought to the Munster-based Humane Indiana shelter in July.
One of the dogs has been adopted. Another is going to a behavioral training program in Pittsburgh. The remaining three are in foster care to prepare them for domestic life.
According to Humane Society International, South Korea is the only Asian country where dogs are regularly farmed as food, though their culinary appeal is dwindling.
The group has helped shut down 13 such farms since 2015, aiding farmers as they transition to other types of agriculture.
Information from: The Times, http://www.nwitimes.com