(WASHINGTON) – A Washington couple was arrested after police say they found children in urine-soaked diapers and extremely cold. 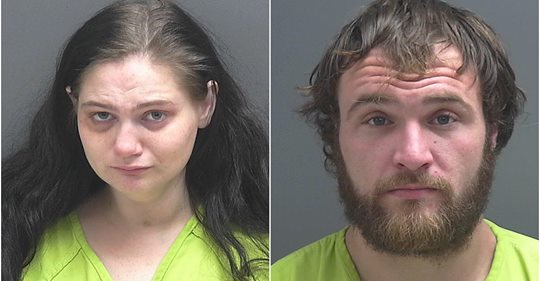 According to court documents, On December 7th police and Department of Child Services officers were called to the home of Brittnie Morford and Travis Criswell on Grove Street in Washington.
Both adults were home.
When police went to check on the children, they could smell the strong odor of burnt marijuana.
Both children were filthy, soaked in urine and extremely cold. So cold the children’s feet had turned purple.
One of the children, a two-year-old, was also suffering from 2nd-degree burns.
Police did find a kerosene torpedo-style heater in the home, which when turned on, emitted fumes and made it hard to breathe inside the home.
Both the children’s mother Brittnie Morford and her boyfriend, Travis Criswell were arrested and are facing two felony charges of neglect of a dependent resulting in serious bodily injury and two counts of neglect of a dependent. They are both being held on a $25,000 cash bond with ten percent allowed.
They are scheduled to appear in court on Feb. 12, and a jury trial is scheduled for April 23-26.