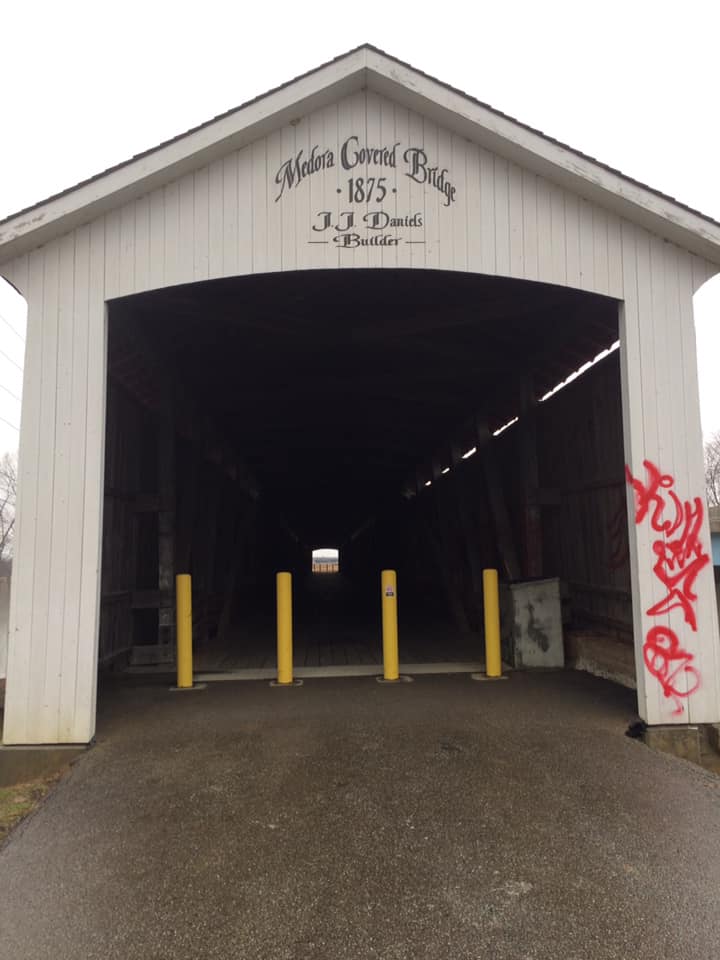 Someone painted graffiti in red spray paint on the inside and outside of the covered bridge.
Measuring the span of the river the Medora Covered Bridge is the longest historic covered bridge in the United States. The bridge spans the East Fork of the White River running parallel to State Road 235. It is approximately one mile east of Medora and nine miles southwest of Brownstown. 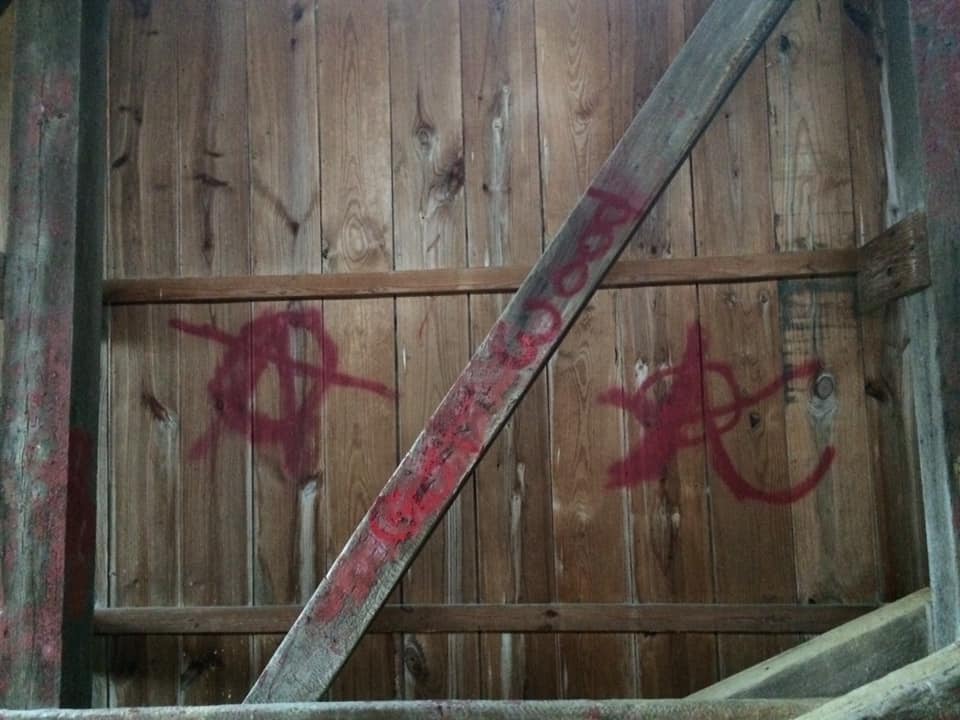 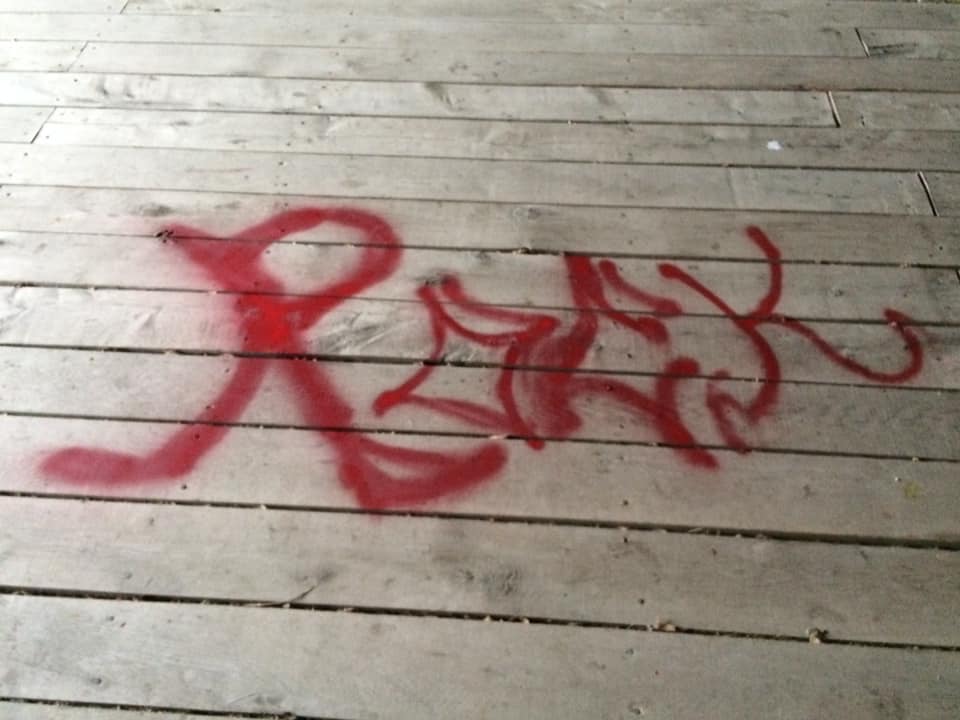 The Medora Covered Bridge was built in 1875 by J.J. Daniels at the cost of $18,142.00 and took nine months to complete. The bridge was covered to protect the truss from the elements. Before the bridge was built people crossed the river by ferry.
It has been reported but not verified that at one time there was wooden railing down the middle of the bridge separating the two-way traffic. As the vehicles became wider, the railing was removed, and traffic traveled one way.
Until 1935 the bridge carried US 50 until the highway was moved four miles to the north.
In 1968 the bridge was scheduled for demolition when the new modern parallel bridge was to be opened but was saved by an order from then Governor Whitcomb in 1971.
A modern parallel bridge was opened in 1973, and the covered bridge was closed to vehicular traffic.
In 2007, the bridge was added to the National Register of Historic Places
In June 2011 a rehab of the bridge was completed. The original truss remained in place with a few repairs. The cedar shake shingles, siding (Seven of the original boards, identified by square nail holes, were placed on the north side of the far west end.), sheeting (or sheathing) and some of the rafters were replaced. Except for the shingles, most of these items were original but badly deteriorated. Much of the flooring was replaced but was not original.