(INDIANAPOLIS) – Greene County Prosecutor Jarrod D. Holtsclaw will serve as president of the Association of Indiana Prosecuting Attorneys, Inc. during 2019 after being nominated by the Association’s Board of Directors and elected by Association members during a recent meeting in December.

Holtsclaw, who served as President-Elect in 2018, takes over for outgoing President Ric Hertel, the Ripley County Prosecutor. 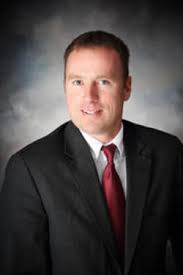 “I’m excited about this opportunity to lead and serve prosecutors in Indiana,” Holtsclaw said. “I want to thank Ric for his service and I hope to continue the important work this group does.”
Holtsclaw has served as Greene County Prosecutor since 2007 and was recently elected to his fourth term. Prior to that, he was deputy prosecutor in Greene County. Association Presidents serve for a term of one year each. As president, he will also serve on the Association’s Executive Committee.
During the December meeting, Association members also voted on additional Association officers and members of the Board of Directors.
The new slate of officers is as follows: