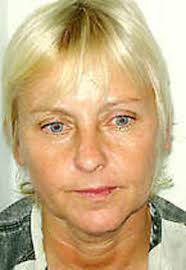 Orange Circuit Court Judge Steven Owen sentenced Lisa Livingston in March 2018 to 30 years in prison after she pleaded guilty to drug dealing and other charges stemming from a 2013 arrest.
On Friday, the Indiana Supreme Court revised her sentence to a mandatory 23 years, to be served in community corrections.
In its ruling, the judges wrote, “The Indiana Constitution grants an appellate court the power to revise a sentence in a criminal case in cases where the court finds a sentence ‘is inappropriate in light of the nature of the offense and the character of the offender.'”
The court stated, “We revise Livingston’s sentence to 23 years and direct that whatever time remains be served in community corrections. We acknowledge that placing a defendant in community corrections for such a lengthy period is highly unusual. But we believe it to be appropriate in these unique circumstances, which include the willingness of Floyd County Community Corrections to supervise Livingston. If Livingston violates the terms of her community corrections placement, then the trial court may revoke the placement.”
Livingston was arrested in 2013 in Paoli for possessing cocaine and possession of more than 5 grams of meth, she also had the ingredients used to manufacture the drug.
She pleaded guilty to five counts, including for the dealing and possession of drugs and the ingredients to make them, as well as an additional charge for being a habitual substance offender.
Livingston’s attorney, Jennifer Culotta, called that decision “a victory for everybody who has suffered from addiction.”
She says Livingston could be released from prison within weeks and transferred to Floyd County’s community corrections program.
Livingston founded the BreakAway program in New Albany in 2017. The drug recovery home’s website says it currently houses 14 women.