On the evening of January 2, 1981, the life of Mrs. Benson, was cut tragically short by an armed intruder as she returned home from a shopping trip in nearby Terre Haute 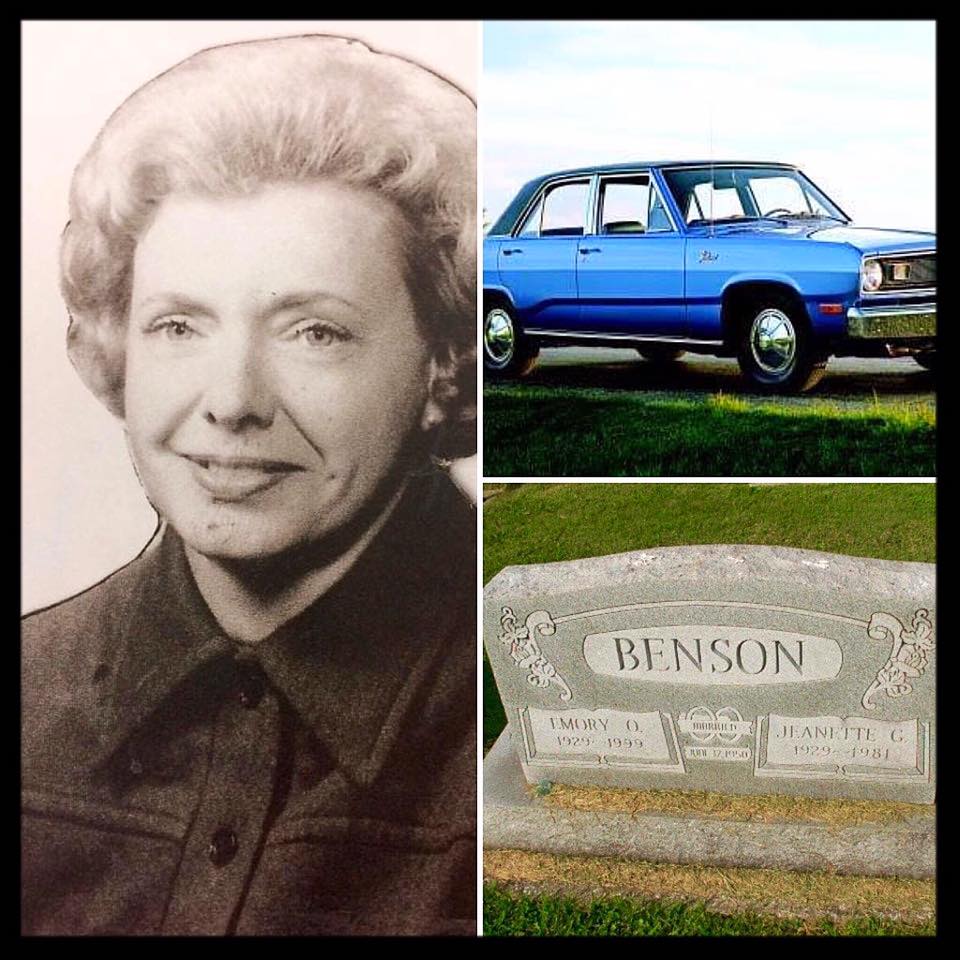 Mrs. Benson’s husband, Emory, was at work in Terre Haute at the time.
Neighbors described seeing a blue sedan parked in the Benson’s driveway, just prior to Mrs. Benson returning home.
One of the witnesses thought the vehicle was a Plymouth Valiant, describing it as “robin egg blue”.
A second witness thought the vehicle was possibly a Chevrolet, describing it as having “shiny blue paint”.
A third witness described the sedan as being “very clean”.
One neighbor observed a white male near the home. The male, who was wearing a vest, was seen exiting the blue sedan, before knocking on the Benson’s front door.
The male was described as tall and thin, possibly in his 20’s, at the time. Police remind the public that the killer would now likely be in his 50’s.
Investigators believe this man was likely the killer.
Investigators exhausted many leads over the years, but have not been able to develop sufficient information for an arrest.
Investigators and the Benson family remain hopeful, that sharing this information may spark someone’s memory.
If you know of any information concerning Mrs. Benson’s murder, contact the Sullivan County Sheriff’s Office at 812-268-4308 or the Indiana State Police at 765-653-4114.