Also in October, a Nashville woman was arrested in connection to the death of her 7-month-old daughter and Barr Reeve School Superintendent Travis Madison named District 7 Superintendent of the Year and Lincoln Pickett was sentenced to 84 years in prison for the murder of 29-year-old Kami Ratcliff, Lawrence County was the first county in the state to hold a mobile home tax sale and a Vallonia man was arrested for the murder of Jacob Dobson.
Missing Person Found Dead, One Arrested
A Vallonia man is in jail after Indiana State Police discovered the body of a man who had been reported missing in Washington County. 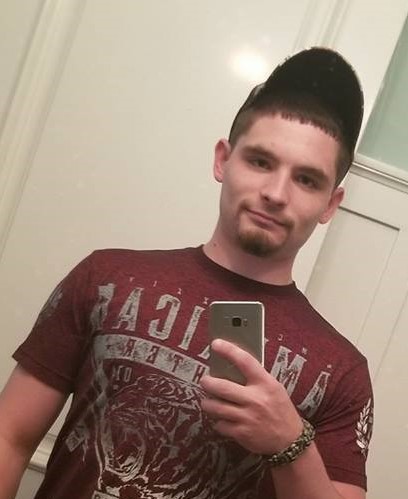 Washington County Sheriff detectives requested the assistance of the Indiana State Police in searching for 22-year-old Jacob Ray Dodson of Campbellsburg. Dobson was reported missing by a family member and was last seen on Saturday, October 20th in Washington County. 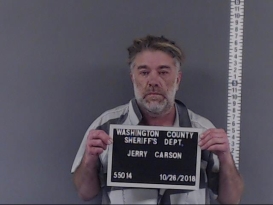 During their search for Dodson, officers located and questioned 47-year-old Jerry Lee Carson Jr. of Vallonia, who was a friend of Dobson.
After speaking to Carson ISP detectives arrested him on charges of obstruction of justice and false informing and failure to report a dead body and being a habitual offender. He is being held in the Washington County Jail currently on a $10,000 full cash bond.
Officers then obtained a search warrant to search property located at 4031 Wheeler Hollow Road in Vallonia.
While searching the property, officers located a body in a duffel style bag stuffed under an abandoned mobile home. His body showed no signs of trauma.
His jury trial is scheduled for March 5, 2019, at 8:30 a.m. in Washington Circuit Court.
First Mobile Home Tax Sale
Lawrence County held the first mobile home tax sale in the state in the courthouse lobby on Wednesday, October 31.
Treasurer Paula Stewart said there were 27 mobile homes on the sale and 7 of those sold.
New legislation brings to an end five years of concerted efforts by Lawrence and many other county treasurers to stem the flood of delinquent mobile home taxes across the state. The nature of “mobile” homes is that they can move and often change ownership. Indiana is a self-assessing state which means that the taxpayer is responsible for reporting changes to the county. The reality is that many homes are moved and change hands without proper notification. State law requires a mobile home owner to obtain a permit from the county treasurer’s office in order to transfer the title at the BMV or move the home.
Partnerships with legislators, county treasurers, SRI, Inc., BMV, Department of Local Government Finance (DLGF), Association of Indiana Counties (AIC) and the Indiana Manufactured Housing Association (IMHA) resulted in the passage of Senate Enrolled Act 455 in 2017. This legislation was sponsored by State Senator Randall Head of District 18 (R-Logansport). This bill included a handful of minor fixes applicable to mobile homes, but the most impactful change was the creation of a new tax sale process for mobile homes tailored off of the existing sale process for real property.
Treasurer Stewart stated “It seems like such a long time, but getting to see the fruition of so much work by so many folks is very rewarding. The ability to sell delinquent mobile homes is a game changer for county treasurers.”
Stewart shared a few statistical highlights of mobile home taxes. In 2014, the total taxes billed to taxpayers was $11.2 Million. Lawrence County’s part of that total was just over $267,000.
The successful collection total was less than 70 percent. There were 420 delinquent mobile homes at the beginning of 2018. Collection efforts included a courtesy letter in January, a tax statement in April and a demand notice in June in addition to letters sent by the county’s tax sale vendor, SRI.
Again, Stewart emphasized the phenomenal success of the process. It allowed her office to connect with taxpayers and increase the accuracy of county records.
Lincoln Pickett Sentenced To 84 Years In Prison
Lincoln Pickett was sentenced to 84 years to the Department of Corrections by Superior Court I Judge William Sleva. 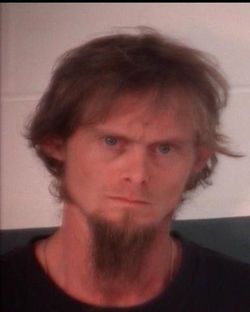 A Lawrence County Superior Court II jury found Lincoln Pickett guilty of killing 29-year-old Kami Ratcliff on Jan. 21, 2016 in the back seat of his red Blazer after an argument. He then waited a week before burning her body in a pit at his home at 3413 US 50 West.
He was also found guilty of obstruction of justice, abuse of a corpse false informing and failure to report a dead body and possession of a firearm by a violent felon.
Lawrence County Superior Court II Judge John Plummer lll sentenced Pickett to the following:

The distinction came from the Indiana School Superintendent’s Association.
The recognition came just after Madison recently announced he was leaving to take another job in Monroe County, but then had a change of heart and decided to stay.
Nashville Woman Arrested In Death Of Her 7-Month-Old Daughter
A Nashville woman is facing charges in connection with the death of her 7-month-old daughter.
The six-month investigation started on April 18, after a child was brought in to IU Health Bloomington with severe injuries including massive hemorrhaging, abrasions, diffuse cerebral edema causing herniation, severe hemorrhages in retina, perioptic nerve soft tissue hemorrhage, left chin contusions, cerebellar hemorrhages, base of the brain hemorrhaging and blunt trauma injury to her chest. 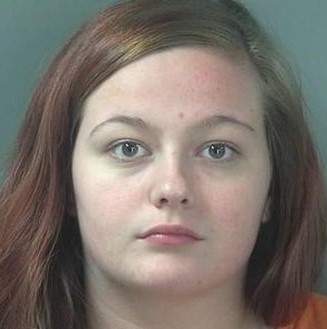 The child later died. Investigators believe the baby’s mother, 20-year-old Anna Prewitt-Byers, was responsible for these injuries.
She faces felony charges of aggravated battery and battery resulting in the death of a person less than 14 years old.
She has pleaded not guilty. Her jury trial is scheduled for January 28th at 8:30 a.m. in Monroe Circuit Court 5.
Former Bedford Police Officer Sentenced to Probation, Community Service
Former Bedford Police Department officer Eddie Allen was sentenced to probation and community service after he pleaded guilty to stealing $20 from a man’s wallet in 2016. 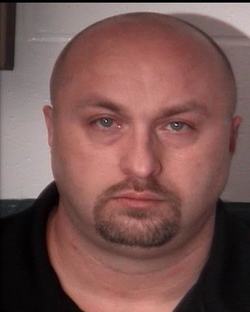 Eddie Allen, 43, of 1329 Peerless Road, pleaded guilty to a misdemeanor charge of criminal conversion as part of a plea deal. A Level 6 felony charge of official misconduct and a Class A misdemeanor charge of theft were dropped.
Lawrence County Superior Court Judge John Plummer III sentenced Allen to 180 days probation and 80 hours of community service. If Allen completes his community service before 180 days, the judge will allow him to get off of probation early. He was also to repay the James E. Jones Jr., the $20 he stole from his wallet.
Allen was arrested after he the money from Jones’ wallet while processing him for arrest at the Bedford police station.
Indiana State Police investigated the theft. ISP alleges footage from a body camera shows Allen taking the money from Jones’ wallet, then placing it into his own wallet.
BNL Unified Flag Football State Champions
The Bedford North Lawrence Unified Flag Football are State Champions.
The team claimed the Indiana High School Athletic Association’s inaugural championship in a 50-26 victory over Tippecanoe Valley at the training complex for the Indianapolis Colts.
The team defeated Jasper to take the Regional Championship. 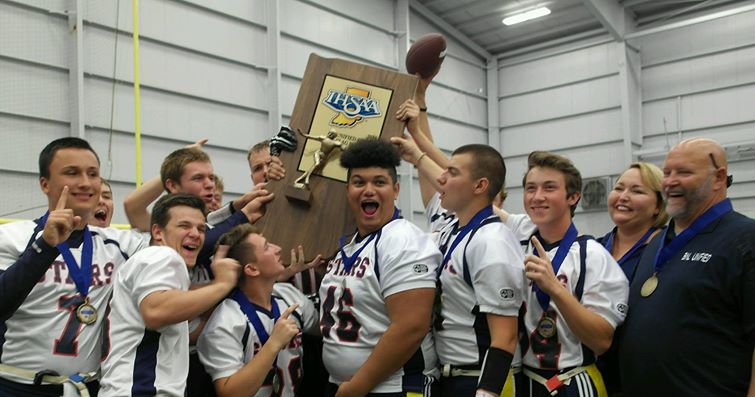 Congratulations to Coach Mike Branham and the team.